Press Release:  Blanc-Biehn, the production company by famed actors Michael Biehn and Jennifer Blanc-Biehn has released the teaser trailer for their new film, Killer Weekend, directed by Jamielyn Lippman (3 Years in Pakistan: The Erik Aude Story; When the Bough Breaks). The film will be released this fall.

Killer Weekend is a thriller about a young LA girl named Kimberly (Zima) who’s enjoyed a lavish lifestyle thanks to a “dating app.” With the help from a lowlife insurance agent, Fred (Urbom), they come up with a way to scheme even more money from these men. Everything goes according to plan until she falls in love with Ted (Davoli), who happens to be a serial killer.

Killer Weekend is produced by Lorna Paul and Kurk Kasparian, Blanc-Biehn Productions and Point of View Pictures, Javelina 98, and Tibbony Productions, and is written by Travis Romero, story by Lony Ruhmann. Michael Biehn and Jennifer Blanc-Biehn serve as an Executive Producers. 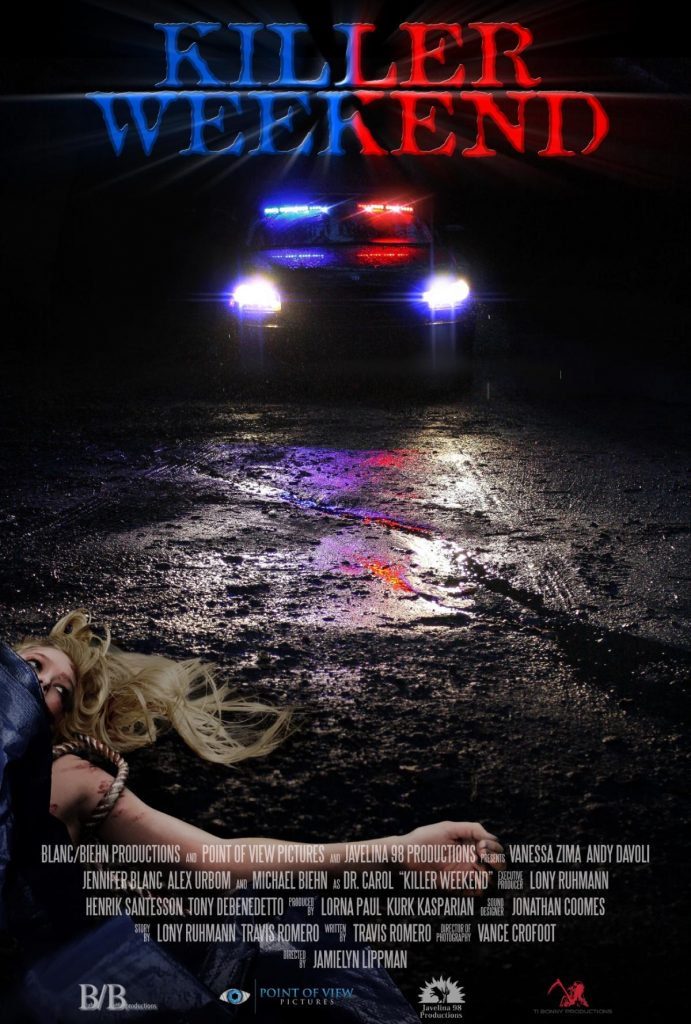