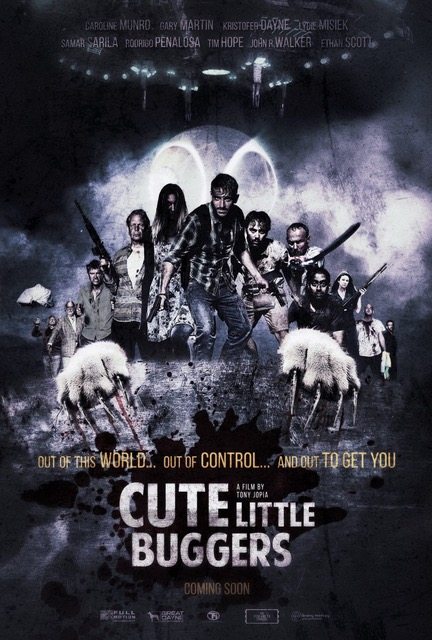 With the feel of an 80s movie, Cute Little Buggers is a movie that leaves you in pieces. A part of you wants to laugh from the sheer insanity of it all, another piece wants to just fall out in exasperation at the thought of this being an actual movie. Lastly are all the other little bits that put you to sleep, question the creator’s motives, and so on – but you’re supposed to!

Cute Little Buggers is funny, but it’s stupid funny. The story is about a small English town in the middle of nowhere being the target of an alien attack. The invaders need to copulate in order to save their dying race, so pods are sent to case the area. When women go missing, the villagers realize something’s wrong. With an unlikely hero, they go up against… bunnies.

I enjoyed the banter between the aliens more than the action of the humans on earth. The acting is cheesy, the monsters are a joke, but you can’t help but laugh along, if you don’t fall asleep. The best part of the attacks is the fact that you were given a bunny’s-eye view, peeping between their long ears. It’s so silly but fun. In a bad sort of way.

Cute Little Buggers will make you think of Critters, Gremlins, and maybe even a bit of the Killer Clowns features, so be prepared.