Check Out the Trailer for ‘The Nightmare Gallery,” Starring Amber Benson 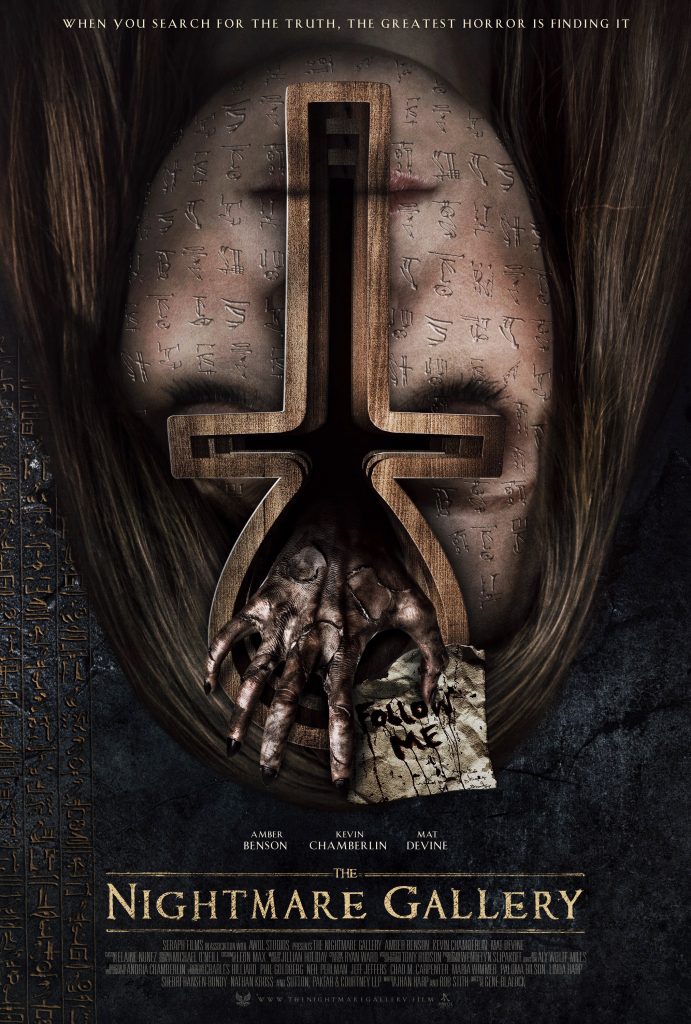 LOS ANGELES, CA – Seraph Films and AWOL Studios announce the release of the trailer for their upcoming feature, The Nightmare Gallery. The Lynchian horror film starring Amber Benson (Buffy the Vampire Slayer), Kevin Chamberlin (Road to Perdition, Jessie), and Mat Devine (Kill Hannah lead singer) follows Benson as a renowned anthropology professor investigating the unexplained disappearance of her star pupil. A mysterious collection of occult artifacts leads her on a dark, DaVinci Code-esque journey toward an unspeakable truth that threatens her career, her wife, and her sanity.

“This trailer offers a glimpse into the horrors and heartbreak that build as Amber’s character dives further down the dark rabbit hole of obsession,” says Gene Blalock, director and founder of Seraph Films. “While the trailer showcases the tremendous effort by many to make this film a reality, the raw and brilliant intensity Amber infuses into her character is simply mind-blowing.”

“The unsettling artistry and progressive storyline reflected in this movie strives for the ideal blend of entertainment and meaning,” says Charles Hilliard, executive producer and founder of AWOL Studios. “Films can delight and inspire, yet we are passionate about pushing the envelope and using this powerful medium to advance important cultural conversations.”

More info on the film can be found at http://www.thenightmaregallery.film