Check Out the Trailer and Poster from New Blumhouse Horror Movie ‘Thriller,’ Now on Netflix

“Years after a childhood prank goes horribly wrong, a clique of South Central LA teens find themselves terrorized during Homecoming weekend by a killer hell-bent on revenge.

What starts out as a cruel but innocent childhood prank turns deadly when introvert target Chauncey Page (Jason Woods) accidentally kills one of his tormentors. With their friend dead and young Chauncey sent to prison, the children at fault swallow their guilt and get on with their lives as best they can. Years later Chauncey is released. A tall, intimidating figure, his return to the neighborhood conjures uncomfortable feelings for the kids, now teenagers, who fear that he may want to confront them about the horrible past. With their high school preparing for Homecoming and parties and romance at the forefront of their minds, everyone is traumatized when members of their crew start turning up murdered in increasingly gruesome ways. It becomes clear that Chauncey wants far more than a simple apology—he wants revenge.

Thriller isn’t just another slasher film with the novelty of an urban setting and black lead characters. Thriller reevaluates and translates the traditional slasher film story from its roots in 1970s white suburbia to the lives of African-American teenagers experiencing racism, violence and an unforgiving cityscape in modern-day Compton, CA.

Thriller is the debut from director/writer/producer Dallas Jackson, and produced by Greg Gilreath, Adam Hendricks, John Lang, and Zac Locke, who executive produced for DIVIDE/CONQUER, and co-produced by David Grove Churchill Viste. Acclaimed musician RZA composed original music (to be released), executive produced, and acts in the film. 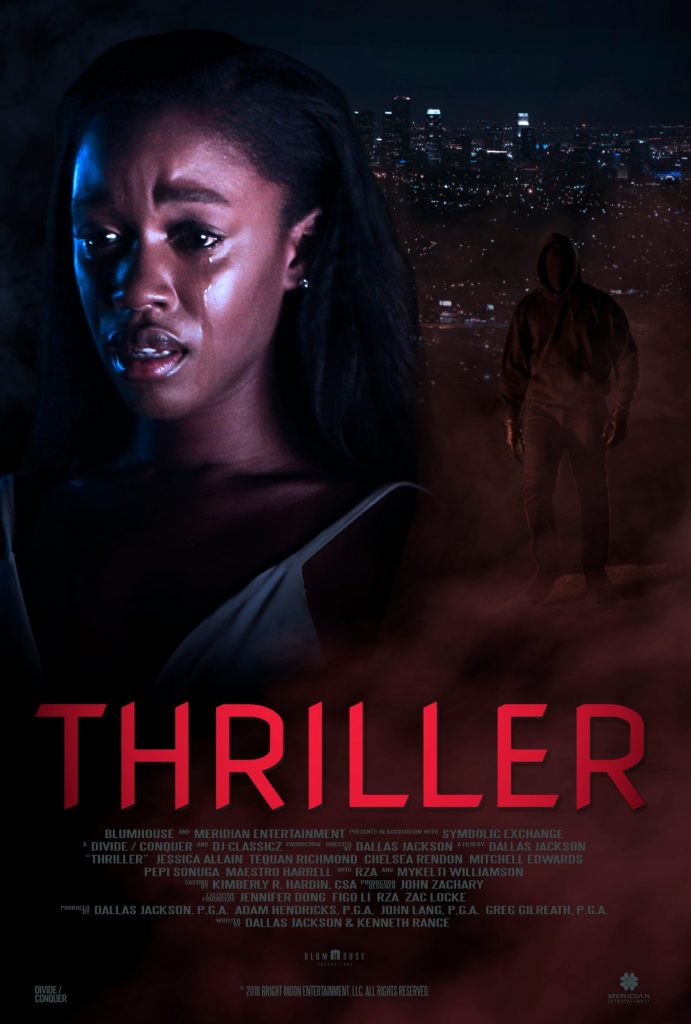