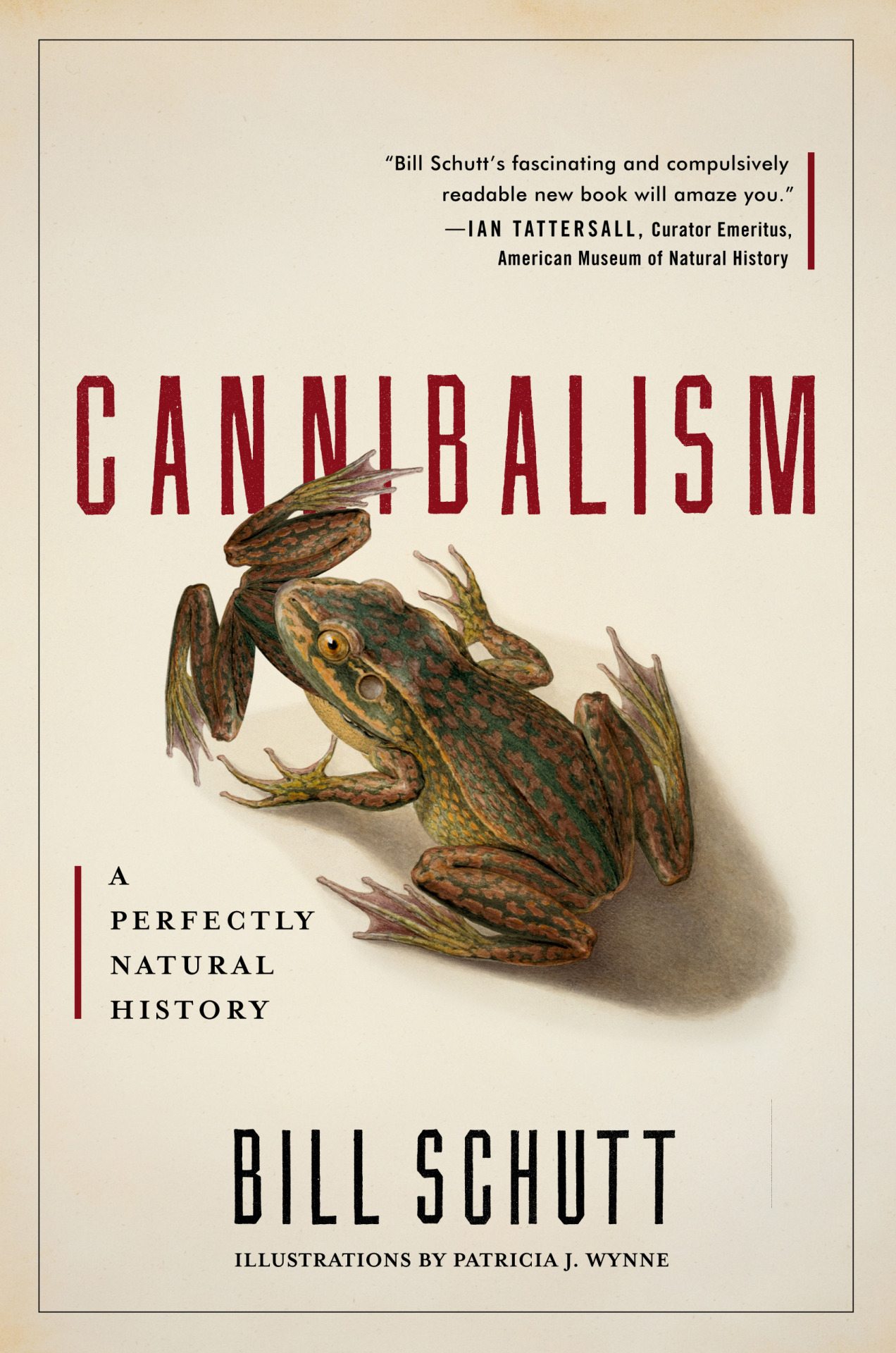 Someday, some editor with more money that sense is going to ask me to compile a list of reference books that should be in the library of every horror reader/writer. On the first page of that theoretical list will be the name of Professor Bill Schutt.

Vertebrate zoologist Bill Schutt’s first book, Dark Banquet: Blood and the Curious Lives of Blood-Feeding Creatures (2009), was an exploration of nature’s sanguivorous creatures, Mother Nature’s very own vampires. Needless to say when you’ve already covered naturally occurring bloodsuckers, what else can you do but follow it up with a book on cannibalism?

Cannibalism: A Perfectly Natural History is exactly what the title suggests, a scientist explaining why cannibalism is part of normal biologic processes. At least until you get to the discussion of humans. It is not a textbook, but it is scholarly, yet readable, with Schutt’s sly humor liberally peppered throughout. The tone is set in his prologue, where he mentions both Hannibal Lector (for obvious reasons) and Norman Bates, explaining that Robert Bloch’s ultimate mama’s boy was inspired by Ed Gein. And if you don’t recognize that name, this is probably not the book for you.

Schutt introduces readers to the concept of normalized cannibalism by explaining the biological rationale behind fish consuming the juveniles of their own species, or discussing why certain tadpoles react to their environmental stress by evolving into oversized cannibalistic versions of their vegetarian (and apparently delicious) siblings.

As the book progresses, he ends up with humans, where the current societal taboo of cannibalism is directly in conflict with the history of mankind. European nobles regularly consumed human flesh as a medical treatment. Columbus and those who followed had no issue exterminating the dreaded Carib tribe because they were cannibals, information conveniently provided by the Arawaks, mortal enemies of the Caribs. There have been more serious ramifications of cannibalism beyond using it as an excuse for political- and religious-sanctioned genocide. The Fore People in Papua New Guinea suffered an epidemic of the neurological disease Kuru in the 1950s, caused by the local tradition of ritual cannibalism of their dead. And let’s not forget Mad Cow Disease, passed to humans from cows infected by being fed protein that was formerly an infected cow.

And yes, he does discuss the Donner Party, but he does so by talking to historians studying the event. By adding context to the tale, Schutt diminishes the salacious content somewhat but the focus remains the existing dichotomy in the perception of cannibalism. As much as we profess to abhor cannibalism (Eli Roth and/or Umberto Lenzi films aside), we are also a culture where birth class routinely suggest the mother eating her own placenta as a natural way to ward off postpartum depression. That’s ritual cannibalism – people eating people parts.

The book ends on a cautionary note. Environmental change, overcrowding, and famine are precursors to cannibalism in numerous species, including humans. It’s a dire prediction, but don’t start stressing and chewing on your nails – that’s technically cannibalism too.