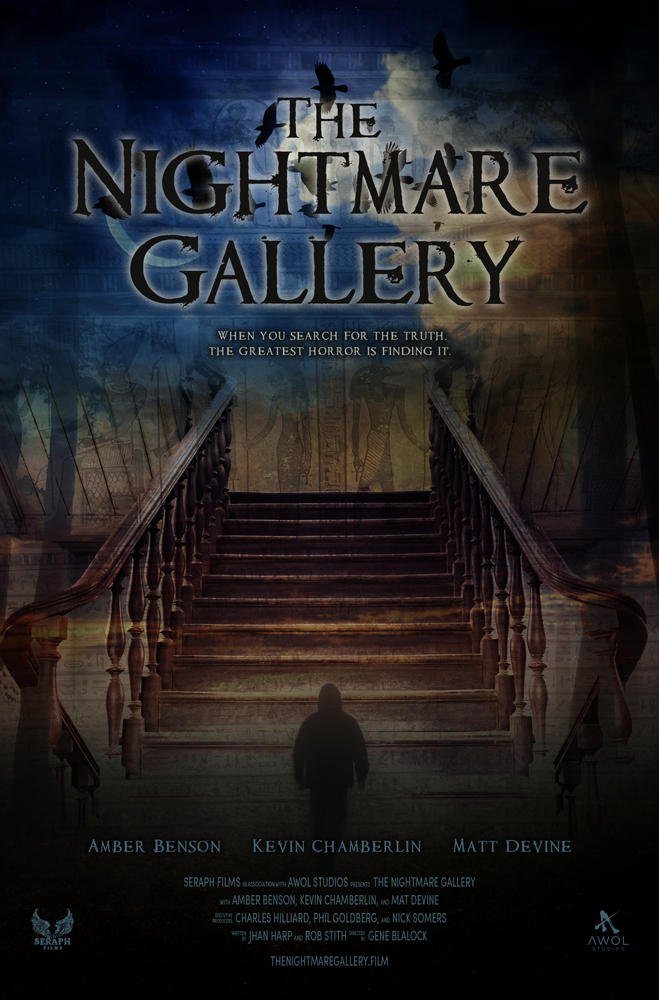 Amber Benson, known for her role as Tara in Buffy the Vampire Slayer, will star in Seraph Films’ upcoming feature film, The Nightmare Gallery. The project is a co-production with AWOL Studios. The story follows Amber Benson as an anthropology professor as she investigates the sudden, suspicious disappearance of her star pupil. A mysterious collection of occult artifacts leads her on a nightmarish, Da Vinci Code-esque journey toward an unspeakable truth that will threaten her career, her marriage, and her sanity. Three-time Tony nominated actor Kevin Chamberlin (Road to Perdition, Jessie) is attached in a co-starring role as a psychiatrist who assists in the professor’s investigation.

Gene Blalock, director and founder of Seraph Films, says, “One of the driving forces behind this film is the realization that very few movies, particularly in the horror genre, feature LGBTQ characters and treat them like normal people, rather than caricatures. So while the anthropology professor is married to another woman, her sexual orientation doesn’t tokenize her or diminish the nuance of her characterization. Our intention with this film is to craft an outstanding horror film in its own right, but also one that would promote the idea that genre films can be about someone other than straight, white men and women.”

The Nightmare Gallery is slated to begin principle photography in the Summer of 2017, filming entirely in Southern California with local crew. The film will be directed by Gene Blalock and is written by Jhan Harp and Rob Stith, with Jhan Harp producing. Charles Hilliard, of AWOL Studios, is an executive producer as well as Chad Carpenter, Paloma Bilson, and Phil Goldberg from Seraph. Seraph’s latest web-series, Horror Haiku: The Museum is narratively tied into this feature and the film will build on the thematic elements in the web-series.

More info on the film can be found at http://thenightmaregallery.film.