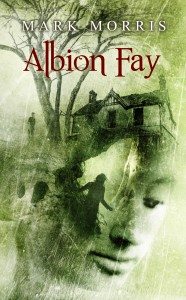 The story features a couple of twins, a boy and a girl, and their difficult family affected by a violent, moody father.

During their stay at an isolated country house called Albion Fay, the twin girl, Angie, becomes obsessed with the creepy caves nearby, the elusive inhabitants of which will change and haunt her forever. Years later, as adults, both twins remain somehow under the influence of their unpleasant childhood memories, especially Angie, who, although now a wife and a mother, continues to be morbidly attracted to the secretive creatures lurking in the caves.

Told by the male twin, the story of the unhappy family and of the unlucky girl develops in an enticing fashion thanks to the author’s excellent command of the plot, his captivating narrative style and superb characterization of the four family members.

Thus, although creepy enough and horrific enough to satisfy any horror lover, the novella is also a nice example of good fiction, regardless of any genre barrier.