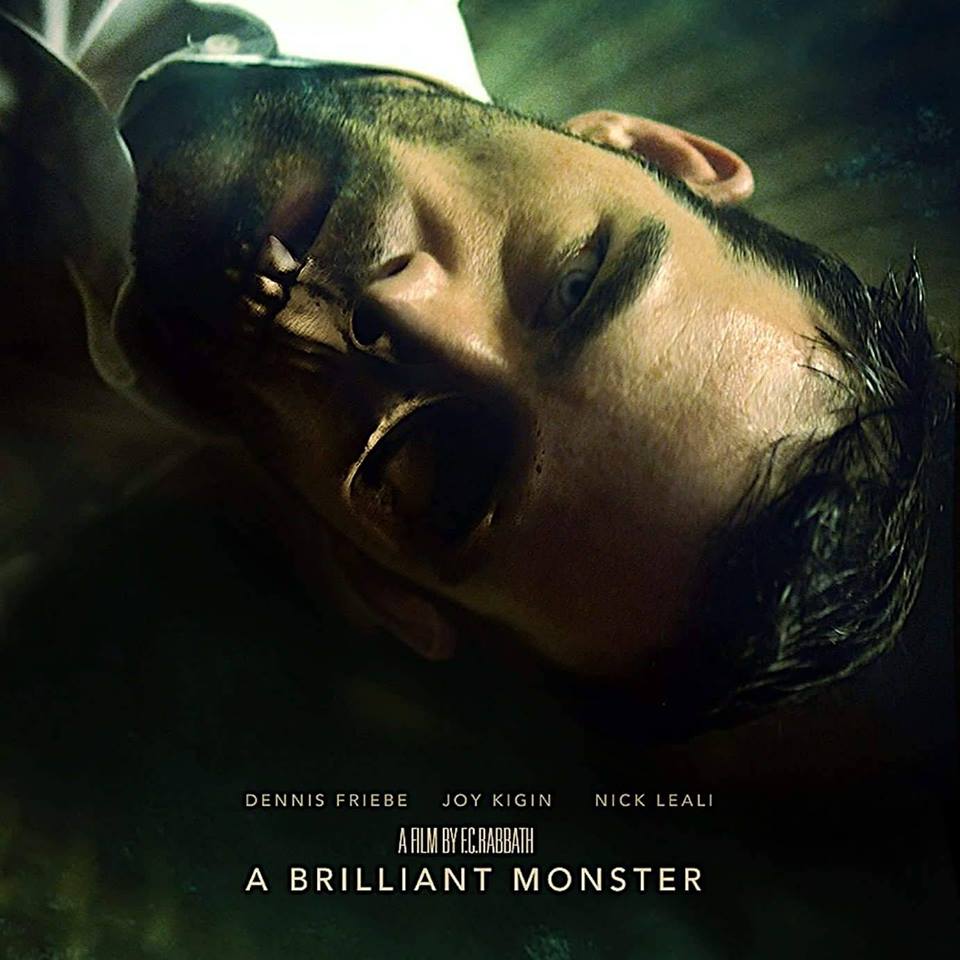 An author of a few popular self-help books is looking for the big seller. You know, the book that will set his titles on every shelf and make him an international best-seller. Sadly, he’s struggling and his current works are overdue, causing his publisher to lean on him.

Struck with a sense of permanent writer’s block, he is forced to use his only aide in getting an outline worth sharing. His assistance comes at a great cost; though he attempts to restrain himself, he can’t and so he sets himself on a path worse than his own abused childhood. Can he make the deadlines (pun intended) and become the author he’s always dreamed of?

A Brilliant Monster is a brilliant movie! From the cinematography, the score, the story itself and the acting, it all works in making the movie an excellent psychological, thrilling, paranormal sort of horror. You easily dislike Mitch, but your revulsion and disbelief only grow as he pushes to get ahead, no matter whom he hurts. Even if they’re his fans! Though his adversary, our heroine Abby, tries to catch him at his game, she finds herself making improper moves- but she could get her man…

It’s exciting, pathetic, and creepy, all rolled into one awesome movie! You have to check out A Brilliant Monster as soon as it’s out in 2018. I may have to buy this one.