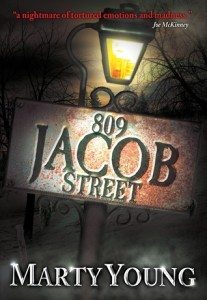 In this particular stanza of a review, I will usually give a mini-lecture about the author under our microscope: list of achievements, how he or she fits into the landscape of dark fiction, etcetera. For Australian Marty Young, I won’t go into too much technical detail – but suffice to say we have an author here who has been at the forefront of Australian horror for quite some time now … and I don’t mean publishing (although he has been partaking of that also). No, Marty’s time has been devoted to the shadows; working tirelessly behind the scenes to build a community that was somewhat non-existent in its current incarnation less than a decade ago. By giving genesis to a small cabal that would ultimately become the Australian Horror Writers Association, Marty changed the landscape of Australian horror in perpetuity – providing starved writers here a much-needed voice on the world stage. And he did this, of course, while tinkering away on his own novels. When the small press Black Beacon Books sprang up a short time ago, it seemed like the perfect time for Marty to release his debut novel … pairing him with a publisher who is well-versed in dark fiction and equally enthusiastic about the genre.

809 Jacob Street introduces us to Joey Blue, a resident vagrant of Parkton. (Think Castle Rock or any other fictitious town). Joey is an old bluesman who wanders the borderlands of his town, never quite figuring out if he is actually alive or a ghost himself. Blotting out the past with heavy drink, Joey is paid a visit from an old friend who requires help – whose disappearance years ago is tied to the house at 809 Jacob Street … a rambling old structure that has seen its fair share of death and stands like a testament to the ultimate haunted house.

Across town we have Byron James, a young Australian recently moved to Parktown. Adapting to small town life after Sydney is hard … especially with his new friends Ian and Hamish – both of whom are into the macabre and have an overt obsession with the house on Jacob Street. After Byron’s personal research into the house’s past fails to yield sufficient information, a journal falls into his hands. And then, when Ian proposes a night journey to find out some answers for themselves, it seems like a perfect yet dangerous plan.

Although aware of Marty’s work previous, I came into 809 Jacob Street almost completely cold and without the vaguest notion of what to expect. Sure, both of us have grown up on a rich and steady diet of Stephen King – but I wasn’t quite prepared for how accomplished this little novel turned out to be. Evoking those stories of old with his motley crew of kids (1980’s horror fiction), Marty gives the reader a subtle coming-of-age tale while also delivering cerebral prose that becomes almost narcotizing after a while. Here, there is a slow build of tension that is somewhat effortless … as if 809 Jacob Street was a latter novel in the author’s resume. Also interspersed within the story are small, hallucinatory images from artist David Schembri that keep within the guidelines of subtle horror while complementing the prose. If this reader had one gripe with the tale as whole, it was having the author unceremoniously pull a character midway without the individual having any real influence or participation in the final act. Like a series of intersecting dominions, the two-plot strands failed to align in a coherent manner – a small blight in an otherwise consummate tale of dark fiction.

For both Black Beacon Books and Marty Young, the future looks bright.

809 Jacob Street will be released this Halloween.