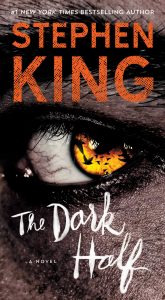 Horror books have spiced up the literature over the years providing readers with a rush of adrenaline and haunting excitement. The authors use their artistic skill to bring us closer to the scenarios and elicit an emotional attachment to the characters. This is the power of literature that enables it to bring an occurrence to life. Stephen King is an American author whose level of imagination is out of this world. He writes horror, supernatural fiction, suspense, and fantasy novels, all of which have sold over 350 million copies. Here are eight of Stephen King’s best horror novels.

This is an interesting read regarding a fictional character Thad Beaumont who is an author. Thad lives in Ludlow, Maine where he has been battling alcoholism and he is on his way to recovery. His success as an author is under his pen name “George Stark”, which he uses to write some highly popular crime novels. In these books, he talks about a violent killer Alexis Machine. Due to the success of the novels, the identity of George Stark as Thad Beaumont became public knowledge. Thad and his wife decide to perform a mock burial of his alter ego. Stark, however, rises from the grave as a physical presence exhibiting Thad’s traits like heavy drinking. Stark then goes on a killing spree all the while Thad experiences chilling nightmares. Thad is able to defeat Stark however the relationship with his wife deteriorates. She doubts their relationship noting that a part of Thad actually liked Stark. It is definitely one of the must-read horror books.

The book is the definition of misery itself and is a recommended read by Essaykitchen. The story starts with Paul Sheldon, a best-selling author of Victorian-era romance novels that featured the character, Misery Chastain. Paul kills off the character and gets into an accident as he celebrates a manuscript completion of his new crime novel, Fast Cars. He is rescued by a former nurse, Annie Wilkes. She describes herself as Paul’s number one fan. Annie is mentally unstable and possibly suffers from schizophrenia and a bipolar spectrum disorder. When she learns of Misery’s death in the novel, she forces Paul to destroy the manuscript for Fast Cars and bring Misery from the dead. Paul realizes Annie is a serial killer by looking around the house but is later punished by getting his leg cut with an axe. Paul is able to fight off Anne in the end who is later found dead by the police. The novel Fast car is set to become an international bestseller but Paul becomes an alcoholic and has nightmares of Annie. The publication is considered one of the best horror books.

One of the best scary books, it is about a family is on a trip. Pete, Trisha’s brother is arguing with their mother regarding a divorce from their father. Trisha is tired of listening and falls back but she wanders off and loses the trail when she tries to catch up. She has a Walkman which she uses to listen to baseball and her favorite player Tom Gordon. You can tell that Trisha is suffering from a condition that causes her to hallucinate shown in the following instances;

There is not much going on but it still ranks as a scary king masterpiece.

With approximately 30,000 copies sold, the book is one of the best Stephen King books. It is about a 16year old girl named Carrie, who is subject to ridicule for her appearance and unusual beliefs. She learns to control objects from a distance and Margaret, her mother locks her in a closet to pray. The bullying in school does not stop as she is humiliated in the school prom. She uses her telekinesis powers and sets the school on fire killing the attendees. She goes home and kills her mother but she later dies by bleeding out from a knife wound.

The book talks about the effects of a deadly strain of influenza that has been biologically modified killing most of the world’s population. The influenza is known as project blue and is released in a remote U.S. Army base. The book gives a deeper perspective on the workings of biological warfare and it can help you not pay for essay anymore. Interested readers can get the book from Amazon.

Georgie Denbrough, a six-year-old boy from Derry, Maine, sails a paper boat made by his brother along with the rainy street A dancing clown, Mr. Bob Gray approaches Derry tears of his arm and leaves him to bleed out. Another boy, Ben Hanscom is bullied for being overweight therefore he befriends George’s brother, Bill Denbrough who suffers from stuttering and Eddie Kaspbrak suffering from asthma hypochondriac. They refer to themselves as the loser club and encounter Pennywise the Dancing Clown in terrifying manifestations.

The story occurs in a haunted hotel in Colorado. Jack Torrance, and his family, his wife Wendy and Danny their five old sons.  Jack is a recovering alcoholic and he aspires to peruse a career as an author. Danny, on the other hand, possesses some telepathic abilities known as ‘the shining’. Danny sees ghosts in the hotel coupled up with frightening visions. He also notices that the ghosts become stronger when Jack around. The book was turned into a movie also titled The Shining in 1980 after the huge success of the book. The characters and their roles are maintained in the film which was inspired by King’s personal experiences.

This is another book that was made into a film. It is narrated in the first person, with the narrator being Paul Edgecombe. It switches between Paul in a nursing home and a younger Paul a supervisor in a Cold Mountain Penitentiary death row. This was in 1932 and he was nicknamed The Green Mile. The film was created in 1999 showing the life of Paul and encounters with the supernatural. The book and film have both received positive reviews from critics such as John from write my essay.

Stephen King has already etched his name as one of the best horror narrators of all time. This is because of his fluent delivery and wild imagination. He also draws inspiration from his own experiences to write the masterpieces. The Shining, for example, was inspired by his stay in a hotel that had a large and he imagined the hotel being haunted. Horror writing and literature, in general, require skill and creativity which King has displayed in all of his publications. If you are looking to treat yourself to some spooky adventure we recommend Stephen King’s 8 best books.

About the author: Darren Barden is a writing coach. Darren is working on net new campaigns as well as re-jigging and putting a slant on work in progress. He is able to write short, mid and long form copy for truly omni channel campaigns such as: OOH, TV, digital, social networks, print and more for WriteMyEssayForMe.co.uk.

Darren Barden is a writing coach. Darren is working on net new campaigns as well as re-jigging and putting a slant on work in progress. He is able to write short, mid and long form copy for truly omni channel campaigns such as: OOH, TV, digital, social networks, print and more for WriteMyEssayForMe.co.uk.