When it comes to horror films, they can affect the audience in a number of ways: whether it’s through pure fear, the images, or messing with one’s psyche. In this case, we’ll be talking about the horror films that had managed to make people think, for reasons other than fear.

Here are the six films that will not only creep you out, but also make you question reality.

“This film revolves around the moral that it’s okay to seek help from your loved ones whenever you need it,” says Morgan Owens, a movie blogger at Writinity and Research papers UK. “Although the 2018 installment of the Halloween franchise has received appraisal for its return to its original form, audiences have taken note that the importance of mental health was present, especially through the character of Laurie Strode, who has been preparing for the return of Michael Myers, while being distant from her family. Although she discourages additional help from her family, she would eventually need them to take care of the slasher once and for all.”

With the Nightmare on Elm Street series infamous for being an entire metaphor for insomnia or night terrors. However, one can argue that the second movie has an interesting mental health topic.

Nightmare on Elm Street 2: Freddy’s Revenge, as it turns out, has had a substantial cult following, due to its homoerotic subtexts. Jesse Walsh stars as a closeted gay man, during the time when homosexuality was demonized, due to the AIDS epidemic in the 1980s. As a result, Freddy exploits Jesse’s fears of coming out of the closet, which symbolizes the real-life fears of people having a demon holding them back from coming out as gay, due to the stigma.

In The Silence of the Lambs, audiences will get to know Hannibal Lecter, a man that’s hospitalized for being deemed “criminally insane.” And with the other characters that he interacts with, audiences will soon learn that Lecter is a highly intelligent person … but also dangerous, since his delusional antics have him turn to cannibalism. Therefore, this is what happens when a person and their erratic mental state are left uncheck, especially inside an asylum.

This film centers around a young man who believes himself to be a vampire, and he goes to live with his estranged grand-uncle and cousin in a small Pennsylvania town. But as he settles in with his uncle setting stern ground rules for him, and even threatening to stake him for any foul play, Martin eventually falls for his blood-craving urges.

Now, whether you believe Martin to be a legitimate vampire, or simply a lunatic with an unhealthy craving, the film goes to show that delusions can lead you to madness.

“The Alchemist Cookbook is one of many examples of what can happen when an individual isolates themselves, and gets lost in their erratic thoughts,” says Brian Farr, an entertainment writer at Draft beyond and Last minute writing. “The main character Sean decides to practice alchemy outside of society, taking his cat with him, and moving into an old mobile home in the woods. After losing himself to his delusions, and watching his chemistry turn into black magic, he tries to conjure a demon. Whether he’s successful in his endeavors or not, well, people have had mixed reviews on the outcome.”

Reeling from a breakup, and his father passing away, Sam becomes weary of the world, and turns to drink. But when he finds temporary solace with Anna, he finds himself lost in addiction and madness, and disconnected from friends. And of course, Anna is a vampire.

With a steamy female ghoul, and heavy themes of addiction and depression, audiences will realize that it’s not worth being aimless and disconnected from society.

While these films are intended to scare audiences, they still make us think about themes like anxiety, fear, stress, and everything in between. And although watching horror films can feel therapeutic at times, it’s still a good idea to seek therapy for mental health – don’t let films like these be your teacher or therapist.

In the meantime, enjoy the movie. Think about it, but try not to think too hard, unless the mental health topic is really that important to you. 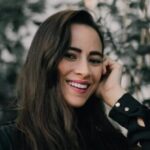 Ashley Halsey writes for Nursing assignments and Gumessays.com. As a professional writer, she has managed many writing projects nationwide. In her spare time, she loves to travel, read horror stories, and spend time with her two children.

Ashley Halsey writes for Nursing assignments and Gumessays.com. As a professional writer, she has managed many writing projects nationwide. In her spare time, she loves to travel, read horror stories, and spend time with her two children.