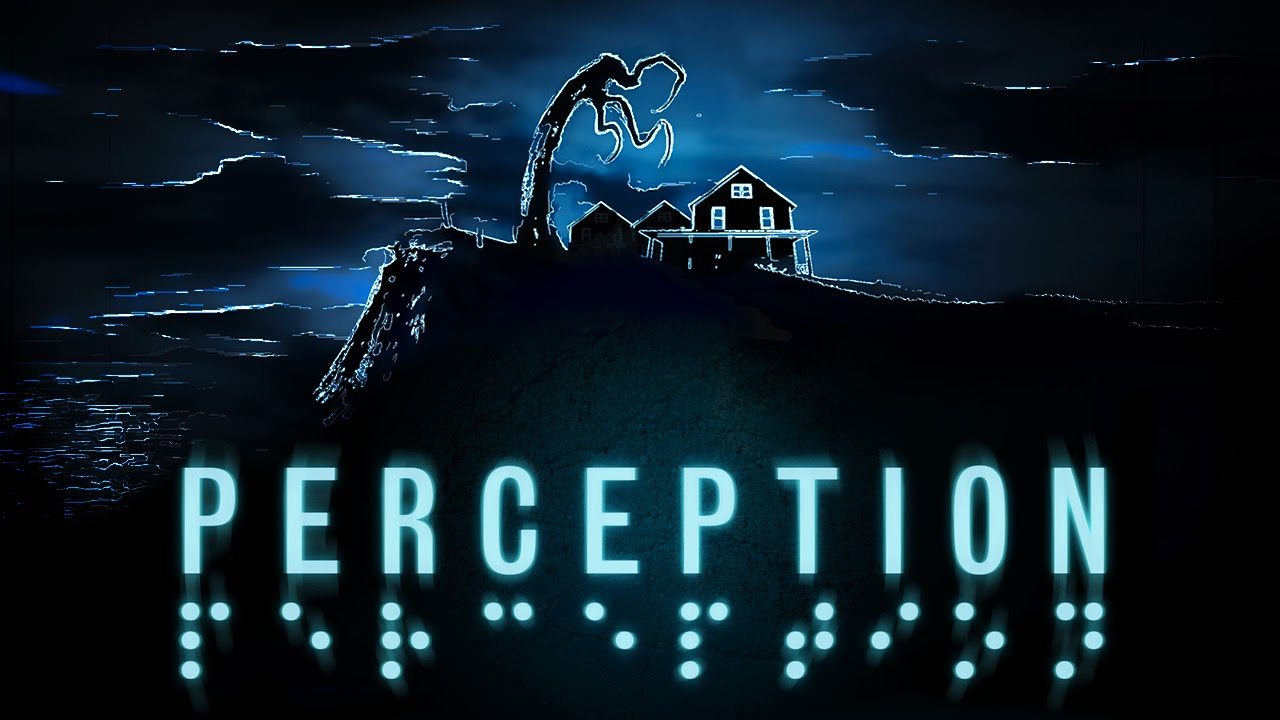 Perception is one of those games that sounds great on paper. It is a walking simulator horror game that’s all the rage these days, but with a neat twist: you play as a young, lone, blind woman. How does a video game, a very visual medium, pull off you playing as someone who’s blind? By giving you Daredevil-like echolocation powers. This way the usual big dark house is even darker and more foreboding than ever. So yeah, it’s a great beginning idea, but how does this work in practice? Well grab your cane, leave the guide dog at home, and let’s find out.

Thanks to the echolocation, most of the game is in black and white. Well technically it’s blue and white, with an occasional other color thrown in to denote special locations and events, such as landmarks being in green and anything that is a threat being in red. Furthermore anything that gives off sound will give off a visual clue, so a radio playing music or the wind blowing outside will all cause you to see things and you can use that to your advantage. The art style is easily the best thing about this game as the sudden bursts of “sight” give you enough to move around and things just look creepy in this black and blue ghostly world.

What’s not as good is a rather basic story of exploring a large deserted house to uncover some mystery or another. Worst yet is a ghostly presence that will hunt and haunt you if you make too much noise. That also sounds like a good idea, and at first it was, but all too soon these ghostly interruptions are just more annoying than frightening as you have to stop everything to run from the one-hit one-kill specter and hide until it moves on. Then you can crawl out and continue your wandering until the ghost comes back. The rest of the game play is a hunt for the hot spot to click on affair, and your standard fetch quest. So there is nothing out of the ordinary here except for the game’s visual aesthetic, and that can only tide you over for so long. Luckily you don’t have to be held over for long as the entire game can be completed in three to four hours. It’s a short experience, and while the idea of playing a blind character is unique, that by itself is not enough to compensate for the game’s other shortcomings, such as occasionally dull voice acting and a plot with more than the occasional hole.

Perception is sadly a disappointment. It had such potential, but it did not live up to what it could have been. I would like to see another game in this series more fleshed out because playing a blind person in a haunted house could be both challenging and frightening, but here it is not. For that one brief moment of originality and the arresting art style this game is worth a play, but for all the things this game misses on, and how short it is overall. I can only recommend it if you can get it on the cheap or on sale somewhere.