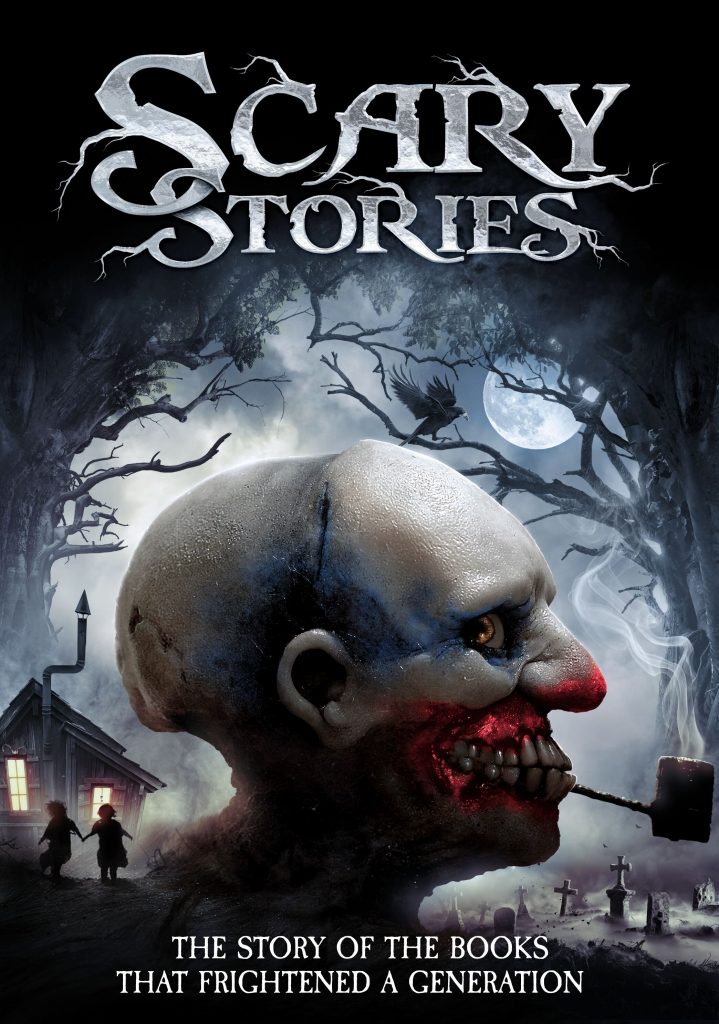 Following the limited theatrical release – which includes Los Angeles, New Orleans, Columbus, and Texas – Scary Stories will be available on VOD May 7 with a DVD release set for July 16.

Cody Meirick’s film features more than 40 interviews, from family members of author Alvin Schwartz, to fellow children’s book horror authors like R.L Stine (Goosebumps) and Q.L. Pearce, to folklorists, artists, and fans discussing the impact that the books have had on both themselves as well as the culture at large. The documentary also explores the various times in which the books were banned or targeted by parent and religious groups as ‘satanic’ or otherwise too macabre for its targeted teen scholastic audience.

Penned by Schwartz and illustrated by Stephen Gammell, Scary Stories to Tell in the Dark is a three-volume series consisting of short horror stories for pre-teens and children that were adapted from American folklore and urban legends.  Because of some of the violent illustrations and the subject matter, parent groups, religious organizations, and school boards had the books pulled from libraries and schools at various times. A feature film adaptation of the books, produced by horror icon Guillermo del Toro, is due in theaters this summer.