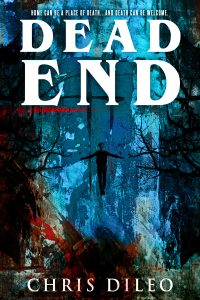 Mike Munacy was eleven years old when he watched his father commit suicide, jumping off the towering hill behind his house to die in the grass at Mike’s feet. Fourteen years later, Mike and his fiancée, Dani, move into his boyhood home. Something is wrong with Mike’s mother, and moments after warning, “It came back. It never left,” she collapses and will soon die. Things get even worse when Dani sleepwalks into the woods…

Mike unearths books and personal documents that question all Mike knows about his parents and implicate his father in a horrific act. He turns to his neighbors—an unsympathetic old man, a stand-in father-figure, and a religious zealot—but these people harbor their own strange and deadly secrets. Mike suspects they know something about why Dani now whispers nonsensical things, lashes out aggressively, and ransacks the house.

Home can be a place of death…

After a child is found burned to death, Mike believes all the horror and misery must be connected. To save Dani and stop a curse his father helped unleash, Mike must learn the secrets of the past, expose a murderer, and confront monsters both human and supernatural.

…and death can be welcome…

With shades of The Exorcist and Pet Sematary, this is a story of secrets and beliefs, of the power of grief, of how we desperately seek meaning in harrowing events, and of the darker corners of hope, where happiness is only a shadow. Dead End will keep you “turning the pages…faster and faster”* until its shocking conclusion.

For some, home can be a place of death…

…and death can be welcome.