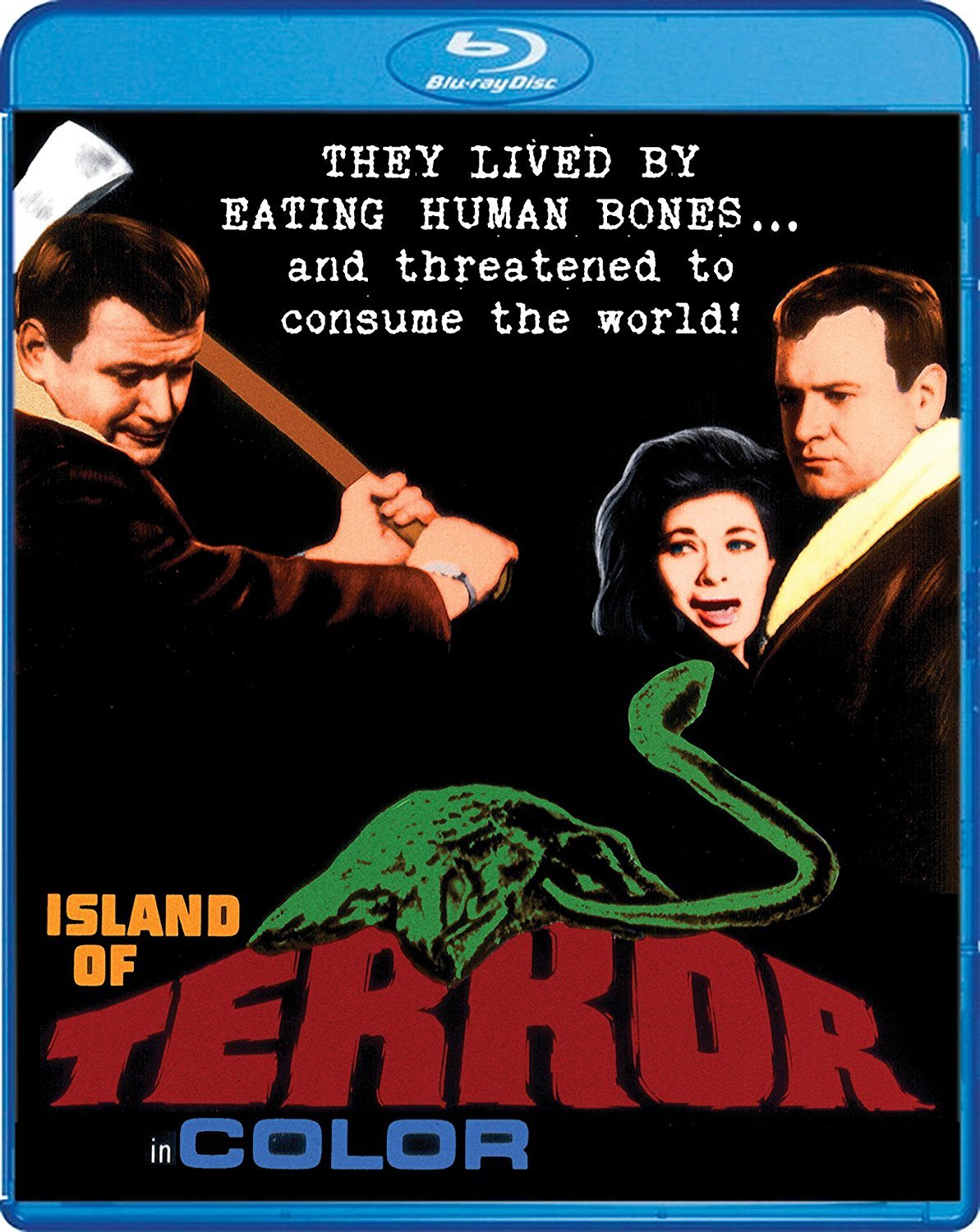 Tldr; I love this movie, I love that it’s now on Blu-ray, I love that it looks this good, and creature feature lovers and fans of creepy British horror films should get it at once.

What, you still here? Well okay, let’s get to it then. Oh and as Jud said in Pet Sematary: “here’s to your bones.”

This 1960s UK fright flick is set on a small Irish island where well-meaning scientist are looking for a cure for cancer. Of course things go wrong and soon people are trapped on the island with creeping, slithering creatures that eat the entire skeletons of anything their tentacles can get a hold of. So it’s a straight-up monster move, but to say it’s more than the sum of its parts would be a huge understatement.

First it’s directed by Terence Fisher, the man behind many amazing Hammer movies and here he is top form. To reinforce that Hammer connection, it stars the always cool and classy Peter Cushing. Now there is good acting all around by everyone on the screen, but for me the real stars of the show are the beasts known as silicates. I love these ugly guys. Looking like a large, lumpy, almost turtle-like ball of snot with one tentacle coming out of it as its only other feature, the silicates look appropriately monstrous, but their creepy coolness doesn’t stop there. Barry Gary who did the electronic sound effects for the film deserves an Oscar, as the eerie sound of the creatures trilling and the disgusting slurping sounds they make when eating someone’s bones has never left me, not from the first time I saw this move as a child. And yeah, they still creep me out today. Add to the effect that the characters can’t just kill the creatures with guns, axes, or even explosives, trying any of those tactics only cause the silicates to divide and make more of them, and you got one hell of a predicament to somehow survive. Oh, and I didn’t even get to all the boneless corpses left all over for the characters to find. What fun!

On to the extras on this Blu-ray from Scream Factory. There are only three: a commentary track with film historian Dr. Robert J. Kiss and Rick Pruitt, a still gallery, and a trailer. But for a movie from 1966, the UK, and one sadly forgotten by most people today, that’s not too bad at all. Hell, some modern big-budget movies are getting released bare bones these days, so good on Scream Factory for giving use what they could here.

Island of Terror is a classic through and through and for good reason. It’s creepy, fun, well made, and beautiful in this new Blu-ray edition. It’s a forgotten Peter Cushing film and worth a get for that alone, but don’t forget those wonderful silicates. Yeah, it’s safe to say that this one gets a very high recommendation from me.