From the Press Release: “Los Angeles, CA – The new horror thriller I’ll Take Your Dead will be available to haunt your shelves come June 4, when Scream Factory releases it on Blu-ray™ and DVD. Directed by Chad Archibald (Bite, The Heretics), and starring Aidan Devine (A History of Violence, Suicide Squad), Ava Preston (DC’s Shazam!, The Kennedys), Jess Salgueiro (Workin’ Moms, Mary Kills People), and Ari Millen (Orphan Black, Rupture), the home entertainment release of I’ll Take Your Dead includes a behind-the-scenes featurette that takes a look at the production of the film along with cast and crew interviews, as well as a script-to-screen comparison piece, deleted scenes, and trailers.

I’ll Take Your Dead follows William, who has a simple job: he makes dead bodies disappear. This isn’t something he likes or even wants to do, but through circumstances out of his control, his little farm house in the country has become a dumping ground for the casualties of the gang related murders in the nearby city. His daughter Gloria has become used to rough looking men dropping off corpses and is even convinced that some of these corpses are haunting their house. After a woman’s body is dumped at the house, William begins his meticulous process when he realizes she’s not actually dead. As the gang activity increases, William patches the woman up and holds her against her will until he can figure out what to do with her. As they begin to develop a very unusual respect for each other, the woman’s murderers get word that she’s still alive and make plan to finish what they started. 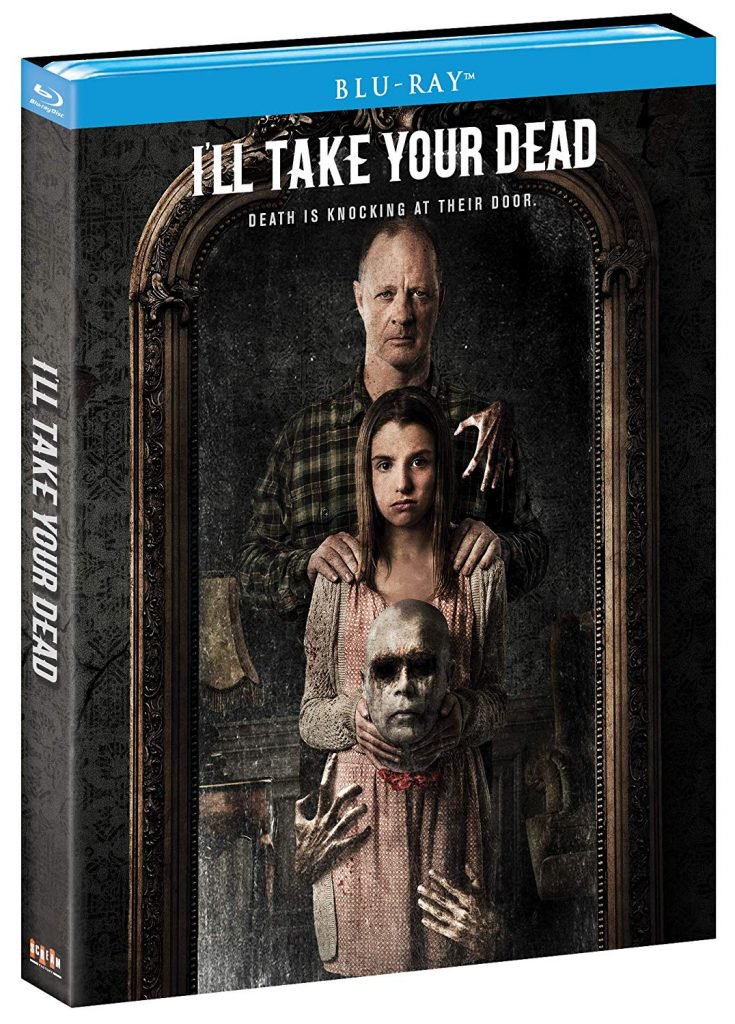