Check Out the New Clip from ‘Pet Graveyard’ – “The Cat” 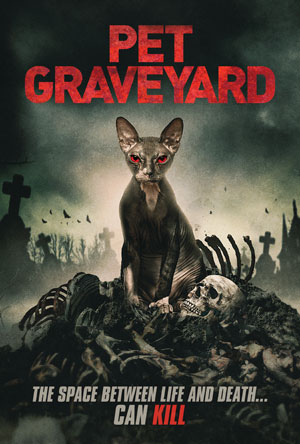 The Space between life and death can kill.

PET GRAVEYARD concerns a group of friends tormented by the Grim Reaper and his sinister pet after they undergo an experiment that allows them to revisit the dead.  The film marks the directorial debut of Rebecca J. Matthews (producer of MOTHER KRAMPUS), from a screenplay by Suzy Spade.  Scott Jeffrey (THE BAD NUN) produces.  Jeff Miller (THE TOYBOX, OUIJA HOUSE) is executive producer.