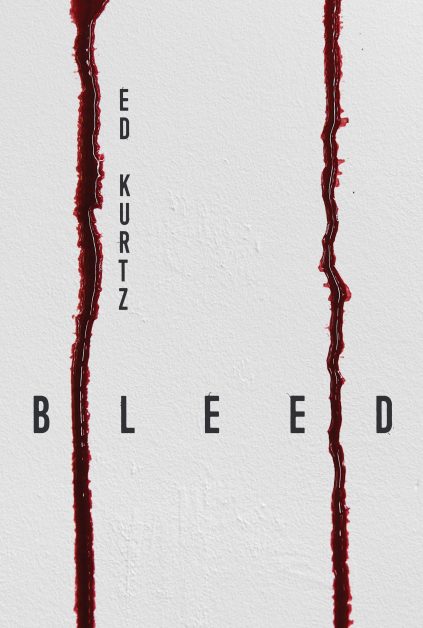 HELLNOTES: Let’s start, as most stories do, with the beginning. BLEED was originally published back in 2011, so what was the inspiration behind this novel? How was the process of writing it?

ED KURTZ: Bleed was the fourth novel I wrote, right after The Forty-Two. By this time I’d done three research-intensive period pieces, so I wanted to go in a new direction. I’d been reading a lot of the classic 70s and 80s paperback horror novels at the time, and one night as I was crawling into bed I noticed a water stain on the ceiling in my bedroom. My mind latched onto it, and within ten minutes I had to get up and start jotting notes. By morning I had a very clear idea of the whole novel’s trajectory. It really was a blast to write, and nice to not have a dozen library books surrounding me along the way.

HN: Now that JournalStone is reissuing BLEED, what was it like to revisit the novel years later? Was there anything that struck you about what you wrote years ago? Did you make any changes (or did you want to, but managed to restrain yourself)?

EK: The book has traveled such a twisting road over the years! It was unavailable for ages, and then I heard from Voodoo Press in Germany about doing a translation, which came out a little over a year ago. Now Bleed is finally getting an official English-language release here in the States, and I worked closely with my editor, Jess Landry, on cleaning up the text and resolving minor continuity issues, as well as tightening up a character or two here and there. Labor intensive, but a truly fun and rewarding process. I’d have to say I’m quite pleased with the final product, looking at it from the distance of years since I originally wrote it, but I also must admit there are a couple of punches I wish I hadn’t pulled quite as much. But since I doubt this is the last we’ll hear from the creature we meet in those pages, I may yet have a shot at following up on that…

HN: Where or how do you see BLEED fitting in with your overall progress as an author? Are there aspects that you see in it that you’ve continued to develop—or even steer away from—in your later writing?

EK: At the time I wrote it, I saw Bleed as a drastically different book for me, which in some ways it was, and probably still is. But the overarching themes of toxic masculinity, familial abuse, revenge, and awakening the monster that lurks within most (if not all) of us are all pretty central to my work in general. I think it’s probably less overtly nihilistic than later books like Nausea or The Rib From Which I Remake the World, but that may be a matter of interpretation. As far as I’m concerned, Bleed has a happy ending.

HN: Bleed has also been adapted into a web series (appropriately titled “BLEED the Series”). Did you have any input into the series? What has it been like seeing this particular novel brought to life?

EK: The web-series is being adapted by filmmaker Paul von Stoetzel, who I met in Amberg, Germany, in 2013. Paul was reading my novel Control at the time, and asked about other horror novels in my oeuvre, so I sent him Bleed. The next time I saw him, he pledged to adapt it come hell or high water, so here we are!

In addition to directing the pilot, Paul also wrote the screenplay, but we had a number of meetings to discuss the process and the direction of the project. I visited the set back in November and I was absolutely thrilled to see the special effect of the pod growing in the attic, which the crew affectionately dubbed “Clumpy.” It’s all just been such fun and I can’t wait to see it premiere on Seeka TV this year.

HN: What is your writing process like? Has it changed over the course of your career?

EK: My writing process has always been measured and consistent. I treat it like a job, because that’s what it is. I don’t normally outline, but I do keep notes and develop a decent sense of where I’m heading and how long I expect a given book or story to be. Depending on the project there may be a good deal of research required, and I have an academic background, so I might spend anywhere from two to six weeks just reading and taking notes. From there I set daily goals, minimum word counts, and in most cases, work five days a week. I’m nocturnal, so it’s 90% middle of the night for me, which suits the material I’m working with.

EK: As long as writers are also readers, they’re on the right track, but for Pete’s sake read widely. You may only want to write one or two kinds of stories, but they will be much better stories if you read across the board. For my money no writer ever suffered for having exposed oneself to Dostoyevsky or Melville, but your mileage may vary. “Write what you know” may be fairly garbage advice—and it is!—but on the other hand it never hurts to know as much as possible, does it?

Best piece of advice I’ve ever been given? Keep it simple, and avoid “saidisms,” which is practically anything other than he or she said following dialogue. (See Edgar Rice Burroughs, The Return of Tarzan—“’Magnifique!’ ejaculated the Countess de Coude, beneath her breath.” Yeah, don’t do that.) Worst advice? “You should write a novel.” Now I can’t stop.

HN: Finally, what’s on your horizon? Not just what’s coming out next, but also what ideas are you playing with that maybe haven’t been worked out yet—give us something concrete and something abstract to anticipate.

EK: Next up for me is my short story collection, Nothing You Can Do, due out at the end of the year from Down & Out Books. Predominately crime and noir pieces, but with a dash of body horror and a brand new Western story I hope folks will enjoy. In the meantime I’m working on developing my first science fiction work, which may also be a period piece, dealing with grief and survival.

BLEED will be released on March 24th, 2017 from JournalStone, and is now available for pre-order. 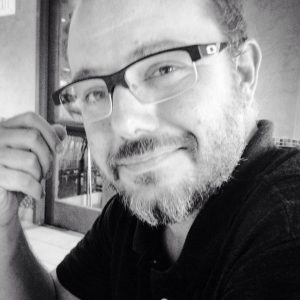 Ed Kurtz is the author of Bleed, The Rib From Which I Remake the World, Nausea, and other novels. His short fiction has appeared in numerous magazines and anthologies, and has been published in both Best American Mystery Stories and Best Gay Stories. Ed lives in Minneapolis, and is online at edkurtzbooks.com.