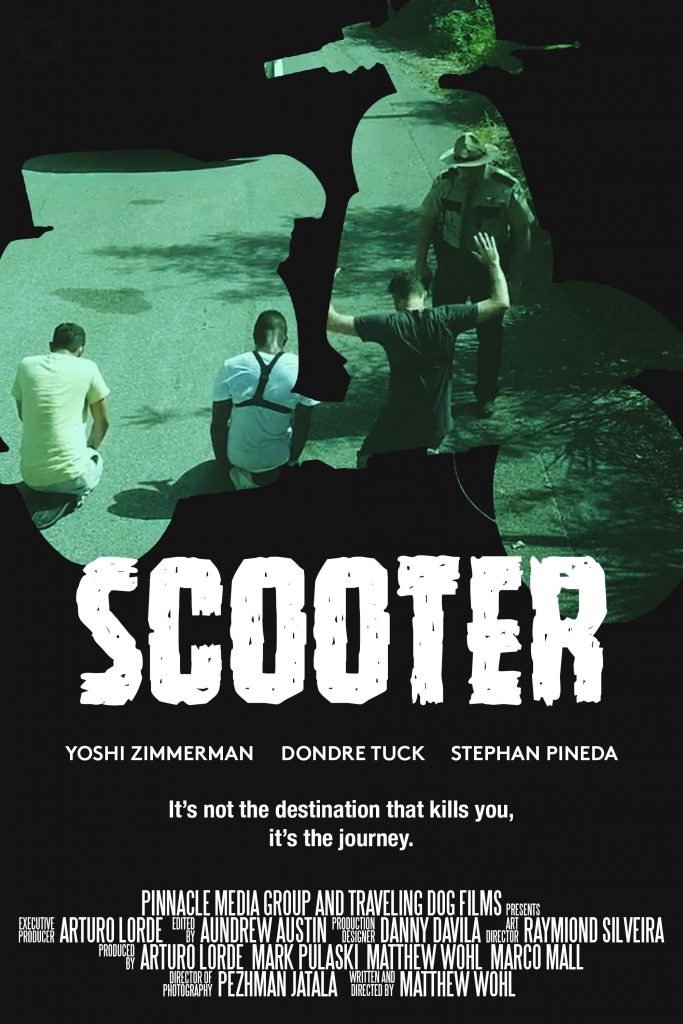 Joyride meets The Blair Witch Project in a sweat-inducing account of three YouTubers that set out on an 866-mile adventure on scooters. However, they find out that it’s not the destination that will kill you, it’s the journey.

Scooter, from Writer-Director-Producer Matt Wohl, will screen on the following dates:

The Three Amigos are life-long best friends and partners in crime. They became internet famous after their YouTube channel went viral. Each episode of their antics has them undertaking some ridiculous challenge. From racing cars to tricycles and from the waters of the South Atlantic to the bottom of a swimming pool, there’s no challenge too stupid. Like a pack of cats, they always land on their feet.

The Amigos’s latest challenge is to ride scooters from Miami to New Orleans. Each person has $1000 to get a scooter and pay for gas, food, and lodging. After they select their vehicles and pack their bags, it’s time to hit the road. They soon find that their 50CC scooters are no match for I-95, and they retreat to the side roads to continue their epic 900-mile journey. While the road is smoother, the trip gets a lot bumpier. One of the scooters breaks down, the friends start to fight amongst each other, and their troubles reach a climax when they witness and video a murder.

Stuck in rural Florida with two working scooters, they have little hope of escape, and the killer is hot on their trail. What was once a leisurely trip becomes a fight for survival. They end up captured, tortured, and it’s clear they won’t all survive. When those who are sworn to protect you are the problem, where do you turn? Will they all die in a small backwater town, or can they once again defy the odds and come out alive?