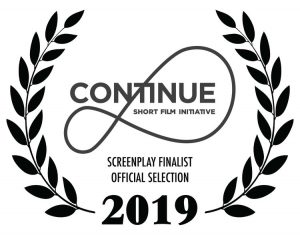 Continuance Pictures has selected the Top 25 script submissions for the first Continue Short Film Initiative, which aims to establish a platform for Australian talent and provide opportunities for emerging filmmakers everywhere.  Unexpectedly, the Continue Initiative proved popular internationally, with filmmakers from all corners of the globe submitting their film and television scripts. A third of submissions came from female screenwriters, and of the top 25 finalists, over a third were written by women.

A number of the scripts were genre-skewed, including Carn-Evil by Jason Siner, and Red Right Hand by Nick Pollack. TV and film star Cleo Massey had her script Liar, Liar selected as a finalist.

“Having filmmakers from a variety of backgrounds provides our development department with engaging stories and endless entertainment,” Tristan Barr says. “Prestige horrors, fourth-wall-breaking comedies and touching dramas were the most popular genres tendered.”

While submissions were being reviewed by the development team, the producers started making connections in the US with the help of Screen Queensland, Film Victoria, and Australians in Film. The team met with major writing talent, production houses, and formed larger international connections.

“Our goal is to champion quality content from emerging writers and directors,” David Gim says. “We believe we can bring fresh local and international talent to these production houses, thanks to the Continue Short Film Initiative.”

Additionally, Continuance Pictures partnered with Revelation Film Festival earlier this year to provide the latest iteration of the Continue Short Film Initiative. Successful applicants will be passed onto Continuance Pictures for first-look feature production with local, US and Asian distributors. Revelation Film Festival is held in Perth between the 4th and 17th of July.

“Our partnership with Revelation is the next exciting step in securing partnerships with future Australian filmmakers, and bringing their work into the consciousness of a wider audience,” David Gim says.

The winning scripts will be announced in the coming weeks.