An Interview with Scott Gable of Broken Eye Books 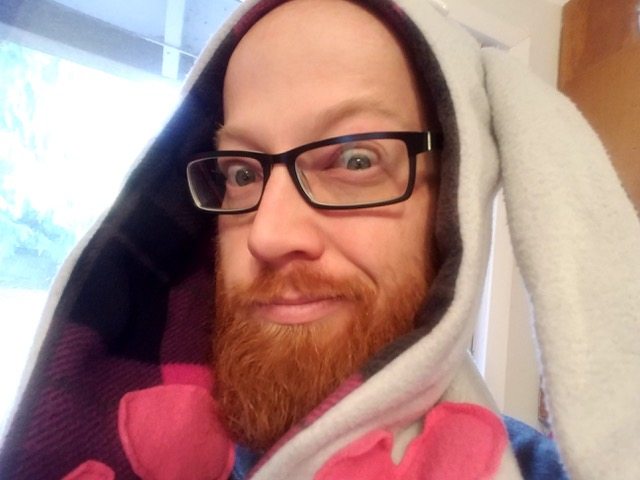 HELLNOTES: Let’s start with the basics:  What can you tell us about Broken Eye Books, in particular when you started and where you came up with the name? What was your original aim with Broken Eye, and how have you stuck to or changed that?  Does Broken Eye have a guiding ethos or a house tone?

SCOTT GABLE: It was way back in 2010 with the first edition of The Hole Behind Midnight. Boomer and I had been working together on some RPG project or another, and he had just finished the manuscript for a novel. If you know Boomer and you get to hear the elevator pitch for his novel right from him, you immediately become insanely curious. So I read it, loved it, and had to publish it. It brought together for me that tangle of thoughts that had been pulling me to the small press.

Right from the beginning, Broken Eye Books was about those odd and peculiar tales that are likely hard to define in terms of genre. Though that’s still at our core; the house style has been refined somewhat in that we’re keenly interested in speculative fiction that either overtly mixes or subtly blurs the boundaries of genre. And this often fits our stories into that resurging body of fiction called the weird.

(And of the names bandied about, Broken Eye Books just rang true. There was an immediate emotional connection to it and its intimation of a fractured viewpoint and sense of the real that I think is reflected in our words.)

HN: Broken Eye’s most recent anthology is “Ride the Star Wind,” a mash-up of space opera and Cthulhu Mythos. This is following on the heels of “Tomorrow’s Cthulhu,” which was near future sci-fi and Mythos, and the upcoming “Welcome to Miskatonic University.” How did you come up with the idea to combine sci-fi and the Mythos, and why do you think it works so well?  What other directions would you like to see the Mythos go in?

SG: To me, the Cthulhu Mythos, like all weird fiction, teeters in a constant state between fantasy and science fiction. Those tales of the Mythos—such as “From Beyond,” “Herbert West–Reanimator,” and “Cool Air”—were just as often about “weird science” as they were about the supernatural (and often combined the two). But that weird science is often overshadowed for many readers by the supernatural elements. And maintaining the focus on the early 1900s simply drifts the Mythos even further toward fantasy and away from science fiction. That’s not an inherently bad thing, but it leaves a gap in the stories told, so it seemed a natural fit to build opportunities that more emphatically surface those weird science elements, and what better way to do that than by mixing the Mythos with science fiction.

I want to see all manner of new tales told. I want stories that embrace both the supernatural and weird science elements, no matter the setting (though my own taste probably leans toward the modern and futuristic at the moment). I want inclusive stories that represent our modern sensibilities, and I want to hear it from lots of different voices. I want all of us to be excited to explore and experiment, to take those bits we like and forge something unique and all our own.

HN: In addition to anthologies, you also have recently put out Gwendolyn Kiste’s novella Pretty Marys All in a Row and Desirina Boskovich’s novella Never Now Always.  Can you tell us a little bit about how you decided to work with these authors, and what that process was like?

SG: They’re simply fabulous writers. Both have a very impressive list of short fiction that first brought them to my attention. Desirina’s submission for Tomorrow’s Cthulhu was so ridiculously good that we asked her for a novella pitch. That pitch evolved into the dreamlike slipstream of Never Now Always, a tale of a young girl living as an alien test subject, not knowing what’s even real. It’s a personal rediscovery of the world you thought you knew and a study on how our personal narratives shape us. And there’s such a wonderfully lyrical quality to the prose.

Gwendolyn was already finishing her manuscript for Pretty Marys All in a Row when we reached out to her, and we were hooked immediately. She breathed such life into it. It’s a ghost story that builds on our accumulation of urban legends and nursery rhymes. Resurrection Mary and her ghostly sisters haunt the living only to find that something is haunting them in turn. Gwendolyn’s a terrific and compelling wordsmith, her words playing to all the senses, and she so deftly weaves together terror, passion, comedy, and mystery. You should keep an eye on these two authors.

HN: You’ve also recently launched a new magazine of Weird fiction called “Eyedolon:  Toward a Weirder Tomorrow.”  In the introduction to Issue 1 (which can be read in your newsletter here), you begin to work towards a definition of Weird fiction and some of its guideposts. How do you see Weird fiction fitting in with other literature, and what is it that you think makes it appeal to so many readers?  What can we expect to see in Eyedolon going forward?

SG: I see weird fiction as the vast unknown at the center of speculative fiction. It’s the realm between science fiction and fantasy and between the realistic and the absurd. It incorporates a diversity of subgenres from supernatural horror to slipstream, from magical realism to the surreal.

I think for many, weird fiction is synonymous with horror. And for good reason, as there’s been such a massive and wonderful body of weird horror written. I see weird horror, though, as simply one portion of the landscape of weird fiction—horror certainly doesn’t need to be weird but neither does weird need to be horror either. The speculation (that is, fantasy, weird, and sci-fi) is in the setting, in the world, the time period, and the peoples; the horror (or comedy or romance or slice of life) is in the action, in the plot, in the tone and the tension.

And so with Eyedolon Magazine, I’d like to explore the full body of the weird—and even where it overlaps with fantasy and science fiction and bizarro. The weird has always been there. It’s just us poking the unknown with a stick. I think of it as an “uncanny valley” of speculative fiction. It stands out because it’s just out-of-phase enough from our expectations to make us really start to question what we see.

The appeal, I think, comes from its anchoring to our perceived reality, to what we “know.” It may be speculative, but it resonates with our reality, at least in some fundamental way. We “know” that fantasy isn’t real; we “know” that sci-fi is very much a possible future. But we don’t know what to feel about the weird because it blends the almost possible with the almost impossible. It’s a big question mark overlayed on our world, existing between fantasy and sci-fi.

HN: As a publisher, you are the face of your brand, and as a result you seem to be always working on social media and traveling to conventions to meet the fans. What’s the hardest part of being a publisher?  Since I know it can’t all be a grind, what’s the best part?

SG: The hardest part is “always working on social media and traveling to conventions.” That’s not my default state. I’m very much an introvert and would prefer to just constantly make cool new things. So much interaction really takes its toll. I always have to lock myself in the closet for a while after. But just because it’s hard for me doesn’t make it unrewarding. It’s been glorious to meet so many wonderful people, to hear about the books they love. And I’ve made some really great friends.

The amazing part is the whole process of making the books. From those first tentative exchanges with an author, to the controlled burn of the editorial stages, to the finding just the right cover artist, to the typesetting—OMG I live to find that perfect set of fonts for designing the book block!—to finally unveiling the latest great work. It feels good to create something good for the world.

For the anthologies, specifically, there’s also the slush pile. Yes, it’s very time consuming to read through hundreds of stories, but it’s also wonderful. For each anthology there’s this massive, unabridged proto-anthology comprising all the stories my co-editor and I have read that only exists for us. It’s the amalgam response of all the submitting authors, interpreting our specific call. No matter the size of the final product, all of those stories absolutely shaped it. And that’s a fascinating artifact of the publishing process to me. We don’t know what the final shape of the anthology will be going in, but it slowly takes on a life of its own. Open calls are important to us, enabling us to build something truly unique.

HN: Finally, what does the future hold for Broken Eye Books?  In addition to the projects already underway, are there any hints you can give us as to your long-term plans?

SG: Definitely more weird fiction: novellas, anthologies, Eyedolon. Beyond that we’d like to get some more novels out. And you might even be seeing an imprint from us in the not-to-distant future. Who knows what else might pop up along the way.

Coming up most immediately, we are in the middle of our Kickstarter for Welcome to Miskatonic University, which had so many fantastic submissions that we’re hoping to do two anthologies.

As such a small press, we can adjust our course with relative ease, embracing the chaos of book publishing. But always spinning new tales and hopefully not taking ourselves too seriously.

Scott Gable lives in the beautiful underwater city of Seattle, where he works in publishing. He is currently co-editing (with C. Dombrowski) his fifth anthology, Welcome to Miskatonic University, and their previous anthologies include Ride the Star Wind, Tomorrow’s Cthulhu, Ghost in the Cogs, and By Faerie Light. He runs the independent press Broken Eye Books, publishing the odd, strange, and offbeat side of speculative fiction from many wonderful authors, and is lead designer on the forthcoming The Faerie Ring roleplaying game from Zombie Sky Press. 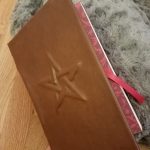 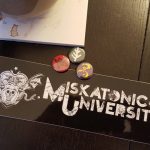 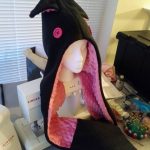 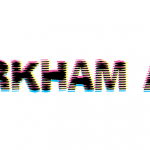 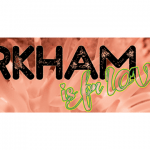 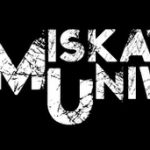 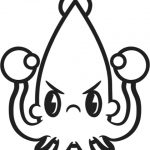 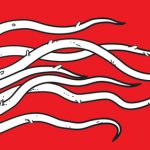 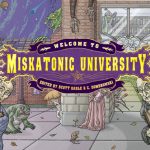