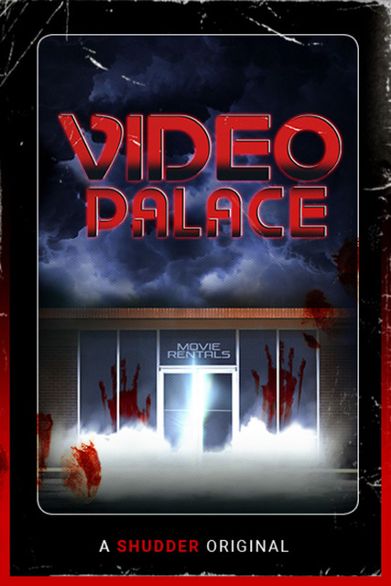 Video Palace, the first original scripted podcast from horror-streaming service Shudder, is at once familiar and yet deliciously disorienting. Adopting the style of an investigative podcast a la Serial, Video Palace follows video collector Mark Cambria (portrayed by Chase Williamson) and his girlfriend Tamra (Devin Sidell) as they investigate the urban legend of the sinister VHS cassettes known as the “White Tapes.” After receiving the first tape from an unknown source, Mark begins shouting inhuman words in his sleep, so he and Tamra decide to document their research into the White Tapes and the mysterious Video Palace where they were created. As they dig deeper, however, Mark and Tamra uncover disappearances, strange happenings, and an occult conspiracy that threatens their very reality.

Video Palace is an exciting horror story bolstered by top-notch production. Consisting of ten episodes of about twenty minutes each, the story unfolds at a quick pace and each episode brings new developments and intrigue. As Mark and Tamra dig further into the White Tapes, new mysteries arise and the unnatural truth behind their creations draws closer to the surface.  What begins as an impromptu research project gradually metastasizes into a matter of life and death … and possibly beyond. The series follows through on its promise, delivering an engaging scary story that comes to a satisfying conclusion while still leaving more than enough dark spaces for the listener’s imagination to fill.

The choice to present Video Palace as a podcast rather than a radio play or narrated prose fiction was a definitive success. By utilizing the podcast mainstays of scripted narration, impromptu dialogue and interviews, archival recordings, and great musical cues, Video Palace will hold listeners’ attention for its technical expertise as well as its central mystery. The fantastic script and a great cast of actors who manage to capture the feeling of spontaneity without sounding rehearsed further contribute to its immersive pull. It’s not just the leads that deliver excellent performances, either, as even the one-shot characters come across as real.

Where Video Palace especially shines is in the blend of reality and fiction; by expertly mimicking the investigation-style podcast audiences are already familiar with, the story’s presentation and each act’s beats never feel rushed or artificial. Because reality podcasts have adopted the rhythms of fictional storytelling, there’s no disjunction in hearing a fictional investigation in this framework. Further, in a particularly effective move to aid the suspension of disbelief, the first episode blends interviews with real VHS aficionados (including people like Birth Movies Death’s Brian Collins and Dread Central co-founder Steve Barton) discussing the fictional tapes. This distortion of reality is echoed thematically in the way that the White Tapes themselves distort the world and a few other ways that listeners will have to hear for themselves.