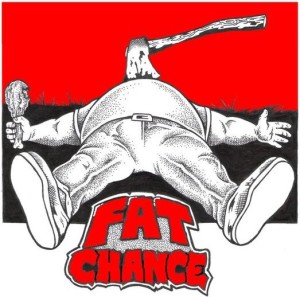 FAT CHANCE can best be described as THE BIGGEST LOSER meets FRIDAY THE 13th. When ten overweight men sign up to appear on a weight loss reality show taking place at a “fat camp” in the woods, they get more than they bargained for when contestants begin to disappear in mysterious ways.

Deviant Pictures owners Jim O’Rear and Daniel Emery Taylor, who are jointly producing and directing the film from a script written by Taylor, state, “We’re staying true to our horror roots with FAT CHANCE. When we made THE HOSPITAL we wanted to push the boundaries of some particularly taboo subjects in our society and create a disturbing and uncomfortable film, but with FAT CHANCE we’re taking it back to the campy, fun style of the early 1980’s films we grew up on, such as SLEEPAWAY CAMP, MEATBALLS, and FRIDAY THE 13th. Lots of laughs, tons of excitement, and gallons upon gallons of blood!”

Second unit production has begun in Destin, Florida, with principal photography beginning in Marion, Alabama, the first week of September.

Keep up with the films progress on the official Facebook page and see daily production video journals and behind-the-scenes photos with the cast and crew as the movie progresses: www.Facebook.com/FatChanceMovie