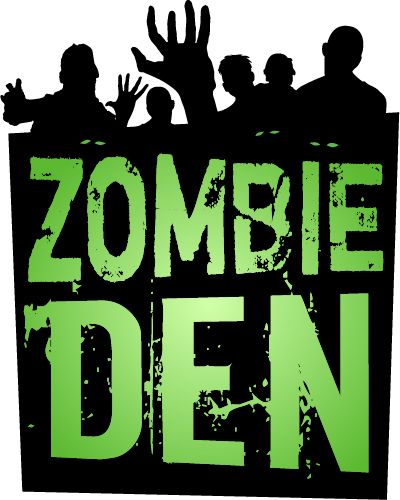 As If from the Dead, the ZOMBIE DEN
Pops Up Again in Downtown Pittsburgh
to Usher in the Halloween Season!

ScareHouse Again Presents the Frighteningly Fun Bar Experience –
A Perfect Way to Celebrate Surviving the Thrills of
The Scream District!

PITTSBURGH, Pa. (September 24, 2019) – When the world is closing in on you, when you feel absolutely buried by life, when you end the day feeling just dead, there are two options: You’re a zombie, or you need a drink. Either way, this Halloween season ZOMBIE DEN has you covered.

Opening today (Sept. 24) and operating Tuesdays to Saturdays through Nov. 2, Pittsburgh’s original horror-themed pop-up bar is a perfect way to recover from a long day fighting against brain-dead co-workers or to usher in a weekend filled with zombie hunting. ZOMBIE DEN is located within The Original Oyster House at 20 Market Square in Downtown Pittsburgh, and is presented by the creators of ScareHouse – which this year is debuting THE SCREAM DISTRICT in Pittsburgh’s historic Strip District – in partnership with veteran food and beverage expert Michael McCoy.

To muster the courage to face the undead, or to recover after a night of frights at “The Basement” or the “Stalked by a Killer” escape room that make up  THE SCREAM DISTRICT, Pittsburgh’s ZOMBIE DEN has crafted a number of potent potables, including four mixed drinks that are making their ZOMBIE DEN debuts this year:

A Sure Way to Kill ‘em – A frozen blend of spiced rum, coffee liqueur, pumpkin ice milk, and coffee

That’s Another One for the Fire – Blended whiskey, lemon, honey, ginger, and Laphroaig mist

A Mind is a Terrible Thing to Waste – Vodka, passionfruit, lime, ginger beer

In addition, the ZOMBIE DEN is bringing back popular “test tube shots” – the Crippin Viris and the Compound Six – while some of last year’s most popular drinks are returning, including They’re Coming to Get You, Barbara, a blend of light, dark, and 151 rums, almond, pineapple, grapefruit, and lime.

“Whether you’re in the midst of defending against marauding hordes of the undead, discovering the fearful secrets of the basement, or attempting to escape from a serial killer, we understand that everyone needs a little time to unwind, which is where Zombie Den comes in,” says Scott Simmons, creative director of THE SCREAM DISTRICT and ScareHouse.

“This is a great time of year to relax and put your feet up, even if they fall off of your body – and if they do, you’re at the right place,” added Jen Grippo, owner of the Original Oyster House. “Last year’s Zombie Den was so enormously well-received that we are thrilled to be doing it all again, bringing some added fun to the Halloween season.”

ZOMBIE DEN will be open to guests 21 and older from 4 p.m. to 10 p.m. Tuesdays to Thursdays and from 4 p.m. to midnight Fridays and Saturdays beginning Sept. 24 through Nov. 2. For complete information about ZOMBIE DEN, put down your zombie-destroying weapons and visit www.zombiedenpgh.com.

ABOUT SCAREHOUSE & THE SCREAM DISTRICT:

Named one of the 10 scariest haunted houses in the nation by Travel Channel, Buzzfeed, Forbes, and more, ScareHouse is on hiatus in 2019 while its creators introduce “The Scream District,” a single location with twice the fright and twice the fun, located in Pittsburgh’s Strip District. Opening Oct. 3, “The Scream District” operates on select dates through Nov. 2, and includes “The Basement,” an immersive horror experience designed for the bravest of souls, and a brand-new escape room, “Stalked By a Killer.” For tickets and more information visit www.TheScreamDistrict.com.

ABOUT THE ORIGINAL OYSTER HOUSE:

At 147 years old, The Original Oyster House is Pittsburgh’s oldest bar and restaurant. Located in the heart of downtown Market Square, near the courts and just across the river from the stadiums, the unique tavern has been designated a historic landmark by the Pittsburgh History and Landmarks Foundation. As a teenager, Louis J. Grippo was kicked out of The Oyster House and vowed to return and buy the establishment – a vow that came true in 1970, 100 years after its opening. The Oyster House has been a favorite location of the movie industry, with 25 films shot at the restaurant. 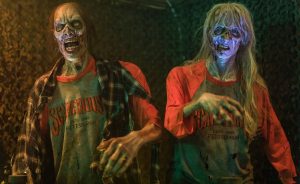