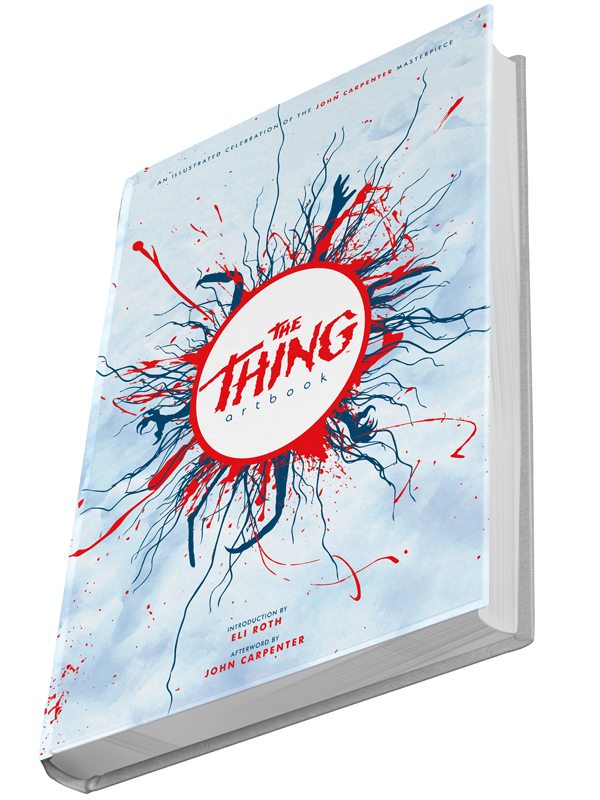 Thirty-five years ago, a frozen, shape-shifting alien got itself dug up by some Norwegians and ended up tormenting a handful of American dudes (including a very-bearded, post-Plissken Kurt Russell). This thing was…John Carpenter’s The Thing. And though the epic Arctic movie didn’t fare so well in 1982, it has since become a beloved fan favourite (the many special edition Blu-rays and upcoming board game can certainly attest to its popularity).

So when horror fans and badass publishing house Printed in Blood announced they were putting together an artbook featuring over 375 brand new pieces from over 350 artists, each creating their own take on the film, I think I heard the collective Thing fanbase SQUEE in delight.

To say that The Thing: Artbook is impressive is a gross understatement — it’s a work of art. It should be in a museum displayed in a glass case between the Mona Lisa and Michaelangelo’s David.

Of course, it helps to be a fan of The Thing, otherwise the significance of some of the art will be lost on you. But even if you aren’t well-versed in all things Outpost 31, you’ll still be able to admire the talent in these 400 pages. Yeah, you read that right: this sucker is over 400 pages long. With a retail price of $39.99US, it’s well worth the price of admission.

Some of the most iconic moments from the film get interpreted by a flurry of skilled artists. From Bennings’ baptism by fire, to Norris’ strolling spider-head, the most recognisable moments get captured in this collection. There are numerous variations of the poster (including one of the infamous husky from renowned comic book artist Bill Sienkiewicz that I want to hang on the ceiling above my bed so it’s the last thing I see before I go to sleep and the first thing I see when I wake up). There are illustrations of MacReady, Childs; scenes taken from the film and others images created by the artists themselves. And with such a diverse group of artists, the styles and movements in this artbook run the gamut: there’s anime, minimalist, comic book, watercolour, line drawings, the list goes on.

There’s little text (it is an artbook, after all), but the few words that are scribbled include an introduction from director Eli Roth (hey, why not?), and an Afterword from the man himself, John Carpenter. Really though, a book on The Thing would not be complete without Johnny saying a few words.

Printed in Blood calls the book “an illustrated celebration of the John Carpenter masterpiece,” but The Thing: Artbook itself is a masterpiece. Even though I received a digital review copy, I’ve purchased the actual book. Cross your fingers that this is the first of many endeavours from Printed in Blood.

This amazing piece of art is on sale now, and because I really think you should buy it, here’s the link. 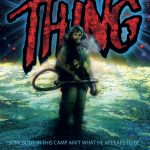 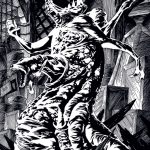 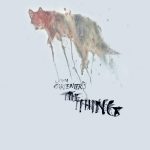