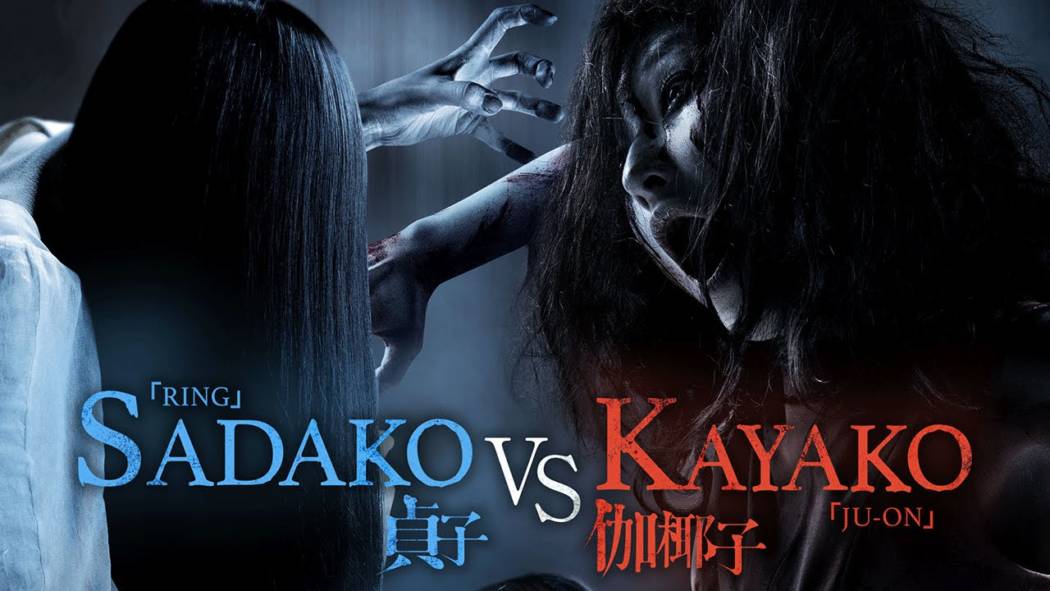 With over 20 movies between them, more than half a billion raked in at the worldwide box office, and enough disembodied hair to clog Belize’s Great Blue Hole, it seems only natural that the J-horror powerhouses from The Ring/Ringu and The Grudge/Ju-on series would one day come together to battle it out. Well, today is that day. And thanks to the fine folks over at Shudder, us North Americans (with our penchant for pitting villains against each other) can experience the magic that is Sadako vs. Kayako.

If you’ve yet to immerse yourself in either of the franchises, it’s recommended you watch at least the first movies from each series to understand the folklore (no judgement whether you choose between the original Japanese films or their American counterparts, though I’m a stickler for the movies that pretty much started the J-horror explosion). However you won’t be lost watching this film as a standalone, as the basics are spelled out in the first act. They are: “If you watch this Cursed Video, you’ll die” and “If you step into this Cursed House, you’ll die.” So what, pray tell, happens if you watch the Cursed Video in the Cursed House? That, in a nutshell, is the premise we’re working with.

Comparing Sadako vs Kayako to its American “Versus” movie predecessors does the film a disservice — though the Japanese franchises have had their share of really? moments, there’s something infinitely more badass about these two juggernauts going head-to-head, womano-a-womano, than the epic fail of Freddy vs Jason, the okay-I-liked-it of Alien vs Predator (Requiem’s another story), or the what-the-actual-fuck of 1971’s Dracula vs. Frankenstein. There’s a stigma attached to the Versus movie (with the exception of Kramer vs Kramer), and though Sadako vs Kayako does have its moments, if you go in with an open mind, then you have nothing to fear.

Wholly satisfying with a conclusion that’ll make you go “huh,” Sadako vs Kayako manages to do what both the Ringu and Ju-on movies before it did so well — entertain.