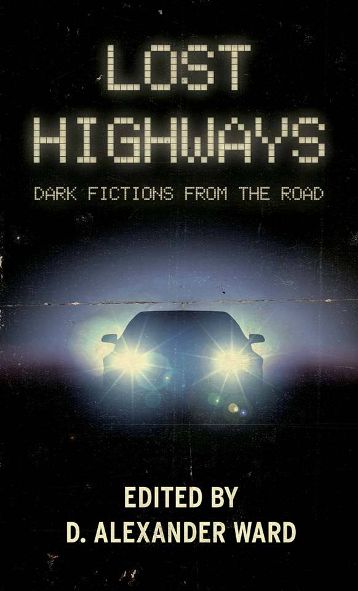 Hitting the road in any context is one of those things that fills us a complex range of varied, and often conflicting emotions. First, there is a sense of liberation and boundless optimism, usually reinforced with a prevailing excitement for what might lie ahead. However, this is often tempered with a vague sense of loss, a mournful regret at the closing of a chapter, and perhaps a creeping unease centered around all the things that can conceivably go wrong, along with the sheer dread of being cooped up in a confined space for a prolonged period of time.

In many ways, starting a road trip is very much like starting a new anthology. Where is it going to take you? Will the various stops the trip entails add to the experience or detract from it? Are the people you meet going to be assholes or friends for life? And ultimately, is the trip going to be worth all the hassle?

This collection kicks off with a brief but succinct introduction by horror deity Brian Keene before easing gently into things with “Crossroads of Opportunity,” a joint-effort by Doungjai Gam and Ed Kurtz, telling the thoroughly unsettling story of a man taking his wife for a drive. Nothing unusual about that you might think, except his wife is dead. Or is she? An early highlight for me is “A Life That is Not Mine” by Kristi DeMeester. Anyone who has ever endured the unique trials and tribulations of teaching will be able to sympathise with the protagonist in this one. There’s something fundamentally unsettling about this dark, paranoid tale. The creep-factor is ramped up even higher by the next entry, Robert Ford’s “Mr. Hugsy,” and higher still by Orrin Gray’s “No Exit,” which concerns cannibalism, religious cults, and murder/suicide pacts. All wholesome fun. Michael Bailey’s contribution, “The Long White Line” is a well-written, haunting little tale which will live long in the memory. If there was an award for the most touching and simultaneously terrifying story here, or possibly ever, that prize would probably go to Bracken MacLeod for “Back Seat,” which explores the lengths a down-on-their-luck father/daughter combo go to in order to stay alive when the snow hits. I know what you’re thinking, and no they don’t eat each other. That would be far too simple.

One of the pitfalls of themed anthologies is that you run the risk of continuously riffing off the same old familiar tropes. And so it proves with Nick Kolakowski’s “Your Pound of Flesh,” which (excuse the pun) picks up on the phantom hitchhiker urban legend. So far so average, but have you ever wondered what that phantom hitchhiker might say if they could talk? That sets the story off on a whole different tangent. One of the strongest and most memorable stories here is “Outrunning the End” by Cullen Bunn, which, without giving too much away, is a horrific case study in mental illness. This could be second only to the incomparable Josh Malerman’s “Room 4 at the Haymaker,” a twisted cocktail of morality, revenge, responsibility, and moving on. This story is really one for the ages.

As with most anthologies, despite the common theme, it is a little uneven and some stories are stronger than others. I’m not about to pick on any individuals, but a few of the stories hanging out in the middle third feel a little bloated and overlong, while several others elsewhere lack a little emotional depth, giving them kind of a throwaway feel. That said, all-in-all, this is a superb collection from the publisher that brings you the consistently brilliant Tales from the Lake series, alongside many other worthy releases, and it would make a worthy addition to any collection, especially if you are planning on taking that road trip anytime soon.