Like a Dead Man Walking and Other Shadow Tales – Book Review 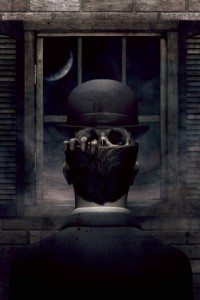 Like a Dead Man Walking and Other Shadow Tales

Friend and contemporary of such genre luminaries as Charles Beaumont, Ray Bradbury and Richard Matheson, over decades William F. Nolan has produced his own substantial and well-regarded body of work. This is a collection of mostly original stories, as well as his touching farewell letters to Bradbury and Matheson, a lengthy round-table discussion between Nolan, Matheson, and editor Jason V. Brock, and some excerpts from Nolan’s notebooks.

The introduction turns out to be a fascinating interview of sorts between Brock and Nolan, a biographical look at Nolan and his writing.

After this, the first story begins. The stories are the bulk of the book, and in terms of the quality of the prose, they’re a mixed bag. A lot of the dialogue tends to be expositional and distances the reader from the story. Much of it sounds unnatural, at times even anachronistic, the speech of the characters unbefitting of both their ages and the era they’re living in. Whether intentional or not, it’s ubiquitous and bears mentioning.

Nolan compensates, though, with a true gift for storytelling. Each story has a propulsion that grabs the reader and takes them right into the fray, not letting go until the final word. Some are derivative, but all have the distinct voice that Nolan has long been cultivating.

The Blood Countess is a strong piece to kick off the collection with. In the note preceding it, Nolan and Brock ask if vampires can still be frightening today, and going by this story, the answer is yes. Nolan sets this atmospheric tale of Bathory in the present day and drapes it in classic gothic styling.

Dread Voyage is an evocative prose poem that serves as a companion piece of sorts to Virgil’s Aeneid. For those unfamiliar with Virgil’s work, Nolan’s take on it serves in its own right as a short and entertaining sword and sorcery tale.

Flight to Legend is a brief, humorous piece that riffs on the origins of a famous detective and the current whereabouts of his arch-nemesis.

Getting Along Just Fine is a slice-of-life vignette about an aging artist separated from his remaining family and friends, his train of thought running its course from lament to acceptance.

Co-written with Jason V. Brock, Exchange is a crime story told in epistolary form through a series of emails between two friends, with a clever twist.

My Girl Name is Elly is a vividly rendered sci-fi shocker about a displaced and curious girl who spends her time on Earth looking inside people to see what makes them tick.

The Recluse is a bittersweet tale concerning a fictionalized version of Howard Hughes, and the lengths some people will go to feed their own egos, emotional casualties be damned.

Dysfunctional is an experimental bit of flash fiction. Nolan does an impressive job here of paring his prose to the bone to give us a nasty, darkly satisfying little story.

For Descent, Brock asked Nolan to write something outside of his comfort zone, and as it turns out it’s one of the strongest stories in the collection. It’s a fast-paced, free-falling ride through the last thoughts of a man who’s in the wrong place at the wrong time.

Next is Ashland, a surreal story that could easily have found a home in The Twilight Zone, in which a selfish rich man unwittingly becomes the guest of honor at a most unusual party.

Millikin’s Machine is a story of time travel gone horribly awry, all for the sake of trying to collect a piece of the past.

The End: A Final Dialogue, told entirely through dialogue, is the final conversation between a married couple who have full foreknowledge of their impending deaths.

The Beach, co-written with Brock, is a poignant story about the horrors of war and the relationship of a married couple torn apart by it.

A Lot Like the Joker is about a young comic book fan who crosses paths with something sinister while heading to the city to spend the summer with his father. The atmosphere of burgeoning dread here is well-evoked.

A New Man is a sci-fi crime piece that explores some intriguing questions concerning the “digitization” of humanity. It’s a character-driven tale at its core, and a moving one at that.

Like a Dead Man Walking concludes the stories. This one runs in a classic horror vein. A writer, trying to dispel belief in the supernatural, decides to do a stranger a favor and is thrust headlong into the inexplicable.

Next is What Legends May Come: A Discussion with William F. Nolan and Richard Matheson, and it covers a lot of ground. They discuss “The Group” (a collective of likeminded writers and friends), writing for film, Charles Beaumont, Serling and The Twilight Zone, and astrology, among other things. It has the feel of an informal discussion between a pair of old and dear friends, which is precisely what it is.

Following the interview are a variety of scanned excerpts from Nolan’s notebooks, beginning with the first two pages of his first (unpublished) novel, and ranging from his thoughts on reading and writing to some poetry and diary entries. These excerpts provide a brief but intriguing glimpse into the mind of the author, in a way readers don’t normally get the chance to experience.

When it comes down to it, there are other collections of Nolan’s stories that would better serve as introduction to those unfamiliar with his work. The other material is a wonderful touch, and the book as a whole is well-structured and very impressive aesthetically. For ardent readers of Nolan’s work, this collection is a must-have.