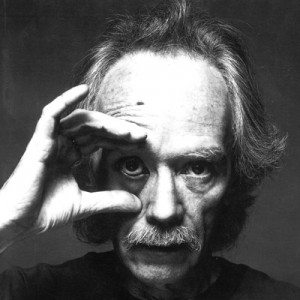 Written by: Brandon Engel
In 1960, Hitchcock released the legendary film, Psycho, and single-handedly created a new genre: the slasher film. Suddenly, we saw an onslaught of films starring the disguised killer intent on, no surprise, slashing people to pieces. Psycho, however, was not the film which transformed the genre into a formulaic, step-by-step plot process. That credit actually belongs to John Carpenter’s equally famous slasher film, Halloween.

One of the most profitable independent films of all time, Halloween grossed $70 million worldwide. Not bad, considering that it was made for around $325,000. Borrowing elements from films like Black Christmas, The Texas Chainsaw Massacre, and of course Psycho, Halloween established many of the conventions of the “slasher film” as we know it today: an ambiguously motivated masked killer stalks horny, boozing teenagers. The maniacal Michael Myers escapes from his mental institution right before he’s to stand trial for  the murder of his sister (which he committed at the tender age of six [awww]). He’s returned to “Haddonfield, Illinois” to…kill a bunch of teenagers. Halloween was also the debut film of Jamie Lee Curtis, who starred in the film as Laurie Strode, the film’s “final girl.” The casting of Jamie Lee is itself a novel nod to Psycho, in that her mother, Janet Leigh, is the one who gets slashed up in the shower in Psycho.

The masked murderer with ambigous motivation for killing has since been reincarnated in a variety of films. Not only masked, the Michael Myers of Halloween was also hidden psychologically; his inner thoughts, and any reasoning are all hidden from the viewer. Even his history is skimmed over, resulting in an eerie effect that entirely dehumanizes Michael. Although, the second installment does offer an incredulous explanation for Myers’ mysterious origin and his motivation to kill (he’s said to be the incarnation of Samhain, and he’s also said to be trying to wipe out his bloodline [which is inconsistent with 90% of his murders]). Michael is more monstrous than misguided, a truly unstoppable creation. There is something even mildly reminiscent of H.P. Lovecraft’s The Dunwich Horror within the mythos surrounding Michael Myers in the first film: there is no attempt made to explain, in concrete terms, what his origin is, but it is hinted that he is some evil force, powerful beyond the scope of a mere mortal. Many slasher films eschew the supernatural element, however, and focus primarily on carnage. The purposeful ambiguity of intention is referenced in other contemporary films too, such as The Strangers, where the killers admit to targeting their victims only because “they were home.”

Myers was also responsible for the trend of unkillable murderers in possession of superhuman and supernatural abilities. Besides being nearly impossible to demolish, slasher villains can appear and reappear at will – seemingly light on their feet, despite often wielding chainsaws or other machinery (see every Friday the 13th movie, ever). They can also whisk away bodies with a snap of their fingers, intuitively placing them where their next victims will discover the surprise at exactly the right moment.

Following Halloween’s example, most slasher film victims are teens, only the most moral of whom survive – most often the “final girl” the purest of the lot, who lives to tell the tale (and to subsequently star in a few sequels, if the first film is a hit). The teens involved in sex, or perhaps drugs, are mercilessly finished off. In this way, the slasher film has parallels to a modern fairy tale, which may not seem so odd for those familiar with Grimm’s tales, a set of stories often equally as gruesome as horror films. The basic premise is: if you do bad things, then bad things will happen to you, (see Scream and My Bloody Valentine as evidence of this trend).

There are then, of course, the less thematic, but equally as recognizable trends of slasher films borrowed from Halloween. For example, any character who utters a statement along the lines of “I’ll be right back” will, most definitely, not be right back. The women pursued by killers will, inexplicably, decide the best route is to run upstairs. There will often be point of view camera shots from the killer’s viewpoint, adding terror and suspense to upcoming murders. And, more often than not, the setting will be composed of a small town or campy area, not only giving the impression of generality (the events could happen in any town, or any similar camp) but also the understanding that the victims have little chance of escape, and the ultimate fear that these attacks happened in a place previously representing safety and comfort.

Halloween, though not the first slasher film, undoubtedly cemented the formula, and how-to for successful slasher films, that would result in creations such as A Nightmare on Elm Street, Hell Night and Happy Birthday To Me. The golden age of slasher films has largely declined, though many will be aired on Television this October in preparation for Halloween (more info here). There’s still hope for a revival, however, ideally with some unexpected twists that break the norm of slasher films past.