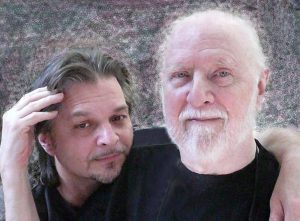 Richard Christian Matheson, like his legendary father Richard Matheson, has spent the better part of his lifetime putting words to page in an effort to steal the hearts and minds of as many readers as possible in order to transport them to whole other worlds and, in many cases, to parts of their own mind they never knew existed. His short story, “Shrapnel,” is the culmination of time well spent in the trenches getting it right as is the other several stories pieced together by Gauntlet Press as tribute to the late Richard Matheson’s classic WWII novel, The Beardless Warriors.

Finding time in between writing scripts, short stories and running his father’s film studio, RC and I discuss his involvement in putting this collection of tales together with the help of the most influential dark fiction writers living today.

What were your thoughts when Barry first discussed putting together a collection of stories as tribute to your dad’s The Beardless Warriors novel? Were you surprised this was the book he wanted to do?

I was greatly pleased. My father’s novel is iconic and I had no doubt our fine contributors would be inspired by it to write powerful stories.

How involved were you in the selection process when it came to any or all the content which went into Brothers In Arms?

I reached out to authors I love. so did Barry. They were given free rein to write exactly what they wished, as long as it somehow related to war.

What does it mean for you personally to see this collection of stories, a lot of which came from authors who seem to have been dear friends of the Matheson family, made in celebration of your dad’s 1964 novel?

Yes, many dear old friends are in the anthology. And some new ones. I’m moved by their talents; how they were deeply affected and inspired by the novel and my father’s brilliant work.

Your literary contribution in this collection, “Shrapnel,” is another fine example of how much emotion and visual impact can be wrung from so few perfectly placed words. Did this story exist before the anthology or was it written specifically for it?

Thank you. I wrote the story for the anthology.

Are there other books of your dad’s you’d like to see receive a treatment to what Gauntlet Press provided for Brothers In Arms?

Stories, in tribute, are a compelling way to celebrate a novel. But for now, nothing is planned.

With so many great stories written from so many points of view, what do you ultimately hope readers will carry with them after they’ve given this collection a first readthrough?

A renewed appreciation for the novel and stellar talents of these authors.

If I may ask, considering you’ve been taking care of your dad’s film company for quite some time, do you think we may ever get to see an updated film version of The Beardless Warriors? 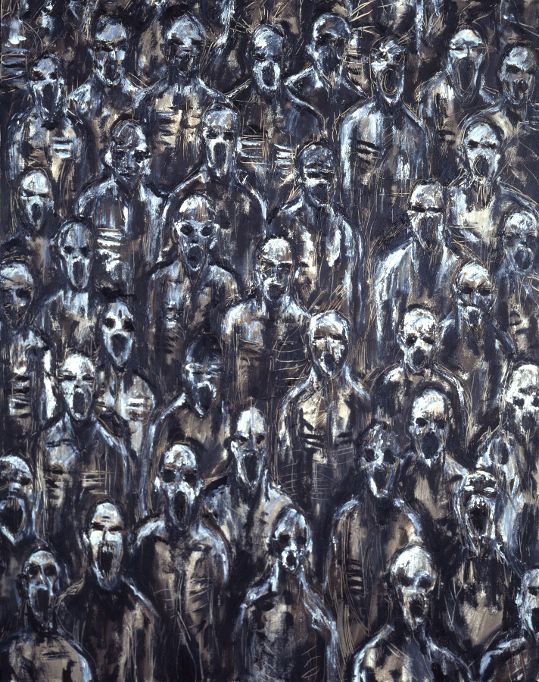