Book Review: THE WITCH IS THE BODY 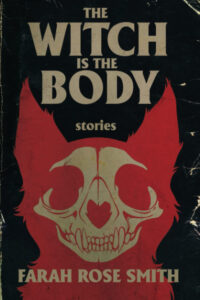 Horror author and screenwriter Farah Rose Smith has collected a group of chilling short stories, some as short as one page in length, under the title of THE WITCH IS THE BODY. That also happens to be the name for one of the standout stories in this collection.

I am going to select a few of those stories which stood out personally for me:

I always enjoy reading work from horror authors I am not familiar with, and I saw much in the writing of Farah Rose Smith that excited me and had me wanting more. If, like me, you are also unfamiliar with her—THE WITCH IS THE BODY is a nice place to start.