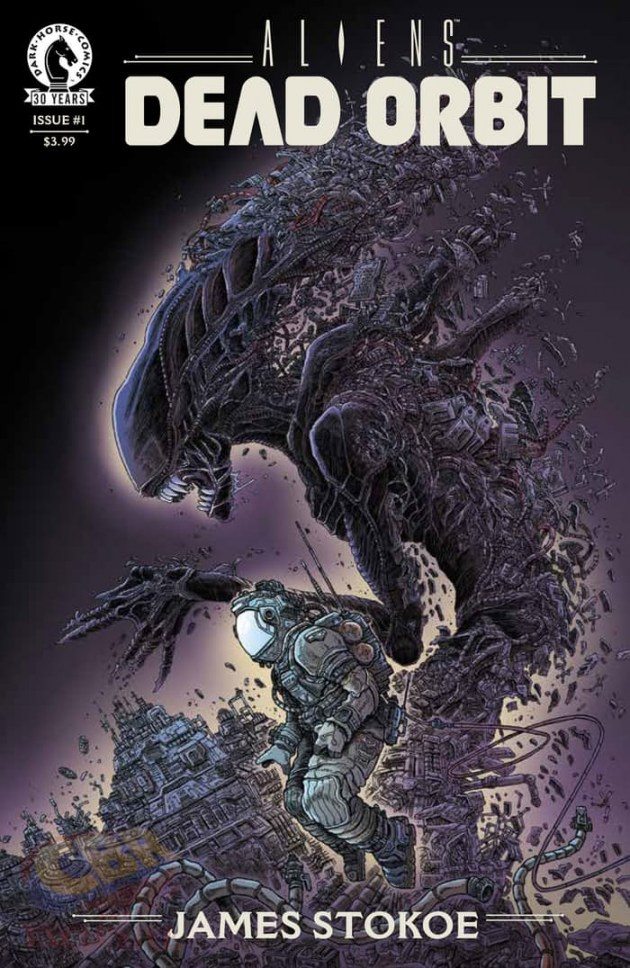 Between the movies (who’s counting down to Covenant? I am!), video games, and universe mash-ups both in film and comics (Alien vs Predator, Predator vs Judge Dredd vs Aliens, etc.), there’s definitely no short supply of everyone’s favourite xenomorphs. But with so much content Alien already available, how does Dead Orbit fair in the grand scheme of things?

Well, let’s start with the basics. Most of these comics follow the same formula, which looks something like:

Dead Orbit doesn’t really stray, at least not the in the first issue. The crew of the Sphacteria (which sounds more like a new strain of diarrhea than a fuel depot) come across a dead ship in the reaches of deep space. After hailing attempts go unsuccessful, the crew has no choice but to go onboard to investigate. What they find, well…it’d be pretty dull if everyone was a-okay.

In terms of the art, writer/illustrator/letterer James Stokoe’s style differs from other interpretations that I’ve seen. A line-lovers dream, the hyper-detailed illustrations bring a real old-school feel to the story. The blues and purples add a cold atmosphere that’s integral to any good deep space tale. But, if anything, the like colours sometimes make it hard to distinguish between what should be important to focus on and what isn’t as important.

Though so far it’s nothing overly new, one never knows what kind of surprises will come from the many, many stories of the Aliens saga. So, with that in mind, I’ll keep judgement reserved until the last issue of Dead Orbit hits stores.