Writing Tips from Dr. Collings The Fantastic, the Uncanny, and the Marvelous in Horror: That Awkward Moment When…. 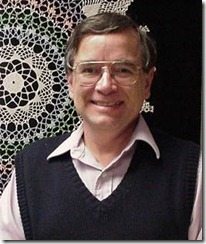 If you’ve ever gone to the website for our parent company, JournalStone Publishing, you’ve no doubt seen a series of essays from Dr. Michael R. Collings.  These essays provide valuable tips for writers trying to hammer out their first novel as well as seasoned writers who publish often.  We at Hellnotes will start bringing these essays to you.  Many of you who visit this site are writers or are thinking about becoming a writer, and we want to give you as much support as we can.  These essays will appear on Hellnotes when we get them.  So…read these essays and get writing.

The Fantastic, the Uncanny, and the Marvelous in Horror: That Awkward Moment When….

Some years ago, a literary scholar named Tzvetan Todorov reconfigured then-current critical thinking about the nature of the Fantastic—a term that explicitly included science fiction and fantasy and, implicitly, horror. Such literature, he argued, depended upon a balancing act by the author, holding readers in abeyance between two possibilities: the Uncanny and the Marvelous. That period of balance defined the true Fantastic, when readers did not know which of the two conclusions would resolve the story.

The Uncanny constituted intrusions into consensus reality that were inexplicable according to present knowledge but that ultimately could be accepted as ‘real,’ given a future or expanded knowledge of the universe and its laws. In some senses, this is the option chosen by a number of recent writers when they transform zombies—originally victims of occult operations—into victim of hitherto undiagnosed viruses or other diseases…in the end knowable and acting according to the laws of nature.

The Marvelous, on the other hand, related to intrusions that, at the conclusion, were clearly beyond the rules of this world and this universe: God, angels, devils, ghosts, spirits, and the like. This option resembles the classical technique of deus ex machina, a Greek literary term that means ‘god from the machine’ and refers to ancient special effects, when an actor representing the appropriate god would be winched down in a basket (‘machine’) and, while still hovering above the stage, dispense justice. In its modern manifestations, it rarely refers directly to gods; more often, it means simply that the author has pulled a rich uncle out of a hat to resolve characters’ financial problems or something similar.

Although the popularity of Todorov’s formulations has waned, they still provide some guidance for assessing the purposes and effectiveness of fantastic stories, particularly horror.

I recently read several novels in a 99¢ collection for Kindle, the Ultimate Supernatural Horror Box Set. In a previous article, I discussed Jeff Strand’s thoroughly enjoyable comic romp, Wolf Hunt (http://michaelrcollings.blogspot.com/2014/01/jeff-strand-wolf-hunt-hunts-thing-to.html). This time, I would like to concentrate on three others: Eerie, by Blake Crouch and Jordan Crouch; Speed Dating with the Dead, by Scott Nicholson; and The Final Winter, by Iain Rob Wright. For me as reader, two succeeded, although for different reasons (relating to Todorov’s divisions of the Fantastic), and one presented serious problems.

[NOTE: Because my comments relate to how the novels conclude, significant SPOILERS follow.]

The Crouches’ aptly named Eerie (2012) largely takes place in an upscale house in Seattle. Grant Moreton has followed several clues relating to missing men and, to his horror, discovers that they all lead to a high-priced prostitute he recognizes as his estranged sister. Orphans for the past three decades, the two have lost touch, primarily because Paige sees Grant as interfering in her life.

He arrives at her home, only to find her gaunt, emaciated, apparently on the edge of death. Yet there are no signs that she has been using drugs. Gradually, he pulls the truth from her. There is something under her bed upstairs. She has never seen it or heard it. She only knows that it is there. Each time she has entertained a client over the past several days, she has blacked out; and when she wakes, the client is gone. She names them; Grant recognizes them as the missing men. But there is worse to come. Paige has not been able to leave the house for weeks. Just setting foot on the outside steps causes debilitating pain. When Grant tries to leave, he experiences the same. The thing, whatever it is, holds them prisoner and, along the way, causes Grant’s friend, who has come to help, to kill himself…just for having seen it.

Until well into the story, the Crouches have created a mesmerizing version of the haunted house. Power dies and resumes without cause. Cold intensifies and diminishes. Sounds come from behind locked doors. Finally, Grant goes upstairs to confront the thing under the bed.

When he emerges, he is blank-eyed and vacant, carrying something that impels him to leave the house, along with Paige (there is no pain this time), and return to their childhood vacation home in the mountains.

There they find their father, who was severely injured in the crash that killed their mother and has remained in a vegetative state since. Grant places the thing on his father’s chest…and it melts into him.

And…bam! Father becomes fully cognitive and explains that his essence—his soul, as it were—was trapped at the moment he would have died and then carried off, somewhere into space, where he spent a month in subjective time exploring worlds and viewing sights beyond the ken of mortal man. The thing under the bed was essentially an alien construct bearing his essence back to his body. Unfortunately, it was not well aimed and it ended up in Paige’s house, where it struggled to communicate with her and later with Grant.

And abruptly, the story ceases to be Todorovian Fantastic and becomes Uncanny. There is an explanation, and it requires re-thinking every detail in the story to discover how they fit. Grant and Paige at first have difficulty accepting what their father says, but ultimately, there is no other explanation. No ghosts, no revenants, no haunts. Just unexpected alien intervention in human affairs. Explicable but unanticipated.

Iain Rob Wright’s The Final Winter (2011, 2014), begins in objective reality—in a pub in England. Readers are told that it is snowing heavily…everywhere in the world. Clearly something significant is happening but readers do not know what or why. They, along with the characters, are basically within the province of the Fantastic.

Gradually, things get worse, much worse. Snow continues to fall. Characters are introduced in a mini-mart across the way and a video store down the street. They too are isolated, disconcerted by the snow. Individually and in small groups, they make their way across the street toward the pub.

When two of them arrive, they tell an impossible tale of giant, hooded, monk-like beings chasing them—and killing one of their group. And, lest the hooded figures not be enough, there are also large dog-like creatures, huffing and growling through the snow.

Incongruities pile up. The electricity fails, and a quick search reveals that all of the fuse boxes have melted into blackened lumps. A body is thrown through the window, the words “Send out the sinner” carved into the man’s chest. The cold increases, but one character sees flames burning beneath crosses in the back yard and encounters specters that can’t possibly be. Characters die, often horrifically, some torn apart by the creatures outside, others frozen to death in the pub.

Then, when the tension reaches its height and only a handful of survivors remain, crucial bits of information are released: the blood-thirsty creatures outside the pub are actually angels, the dog-like monsters are hellhounds, one of the characters is none other than Lucifer, and the entire scenario—including the world-mantling snow and the monsters in it—is a preparation for the End of Times. One man’s sin has irretrievably tipped the scales of human actions toward evil, and God has decided send everyone to hell, this time not by a flood but by frost and snow. And readers find themselves firmly in the Marvelous

Again, the moment of revelation forces readers to re-think the story, to pick up on small details that they might have missed before, and to realize that, in fact, everything has been pointing to this moment: the pettiness and squabbling among various characters; the characters themselves, their vices clearly defined; the isolation and the sense that the pub—itself a “den of iniquity”—is off-limits to the monsters in the snow and that these few people are the only survivors world-wide.

In both cases—Eerie and The Final Winter—the authors have carefully created that essential sense of extended balance between ‘this’ world and two alternatives. Each scene, each additional conflict, escalates the tension, leading readers further into a state of discomfort, of unknowing. Then, at the climactic moment, the resolution is presented, and readers move seamlessly from the Fantastic into either the Uncanny or the Marvelous, accepting the conclusions as just and inevitable.

Wayne ‘Digger’ Wilson, his daughter, and his colleagues in the Spirit Seekers International host a paranormal conference at the “most haunted hotel” in the Blue Ridge Mountains. Most of the participants attend to observe paranormal activity; Wilson attends, however, because of a promise his dying wife made to meet him there. Also included are a scientist and her studly assistant, dedicated to debunking the whole idea of ghosts and other revenants. To that end the two have set up false ‘sightings’ for the conference attendees, planning to confront them with scientific evidence.

Things do not go as planned for anyone. Wright introduces character after character, each holding a different view of the goings-on; and in chapter three, the deaths begin, appropriately enough in a dark, dank cellar. As the affair enters into full swing, characters assert their belief or disbelief in the supernatural; several sets of mysterious events occur capable of  diametrically opposite interpretations, and more people die…usually by being dragged by something into a dark corner, a shadow.

At that level, the novel seems to follow a similar pattern to the first two: the narrative asserts a balance between the Uncanny—are all of the manifestations the result of the scientist’s meddling?—and the Marvelous—are there really ghosts in the White Horse Inn?

On another level, however, the meticulous balancing act required falters early in the story as the narrator, whom readers might expect to find credible, categorically affirms the presence of demons.

The resulting unevenness of texture makes the novel difficult to process. Are there ghosts and demons? Are there not? With all of the evidence for either interpretation undercut by the narrator’s intrusions.

As I read Speed Dating with the Dead (a great title, by the way), I felt more and more uncomfortable with the story, less and less convinced by the tale it was telling. Only later, as I thought more about it, did I remember Todorov’s divisions and realize precisely what the problem was. There is nothing wrong with a novel that begins firmly in the Marvelous or in the Uncanny. The difficulty here is that the story seems to move at will from one extreme to the other, never quite creating what might be called an authentic Fantastic.