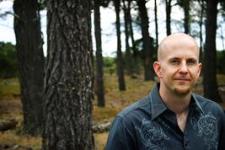 The Horror Writers Association has announced prolific anthologist John Joseph Adams as the Editor Guest of Honor for the World Horror Convention (WHC) 2013. In 2013 the HWA is hosting WHC as part of the Bram Stoker Awards™ Weekend in New Orleans from June 13-16.

His other anthologies include Other Worlds Than These, Armored, Under the Moons of Mars: New Adventures on Barsoom, Brave New Worlds, Federations, The Improbable Adventures of Sherlock Holmes, and The Way of the Wizard. Forthcoming work includes The Mad Scientist’s Guide to World Domination (Tor Books, Jan. 2013), Dead Man’s Hand (Titan Books, 2013), and Robot Uprisings (co-edited with Daniel H. Wilson, 2013).

John is a four-time finalist for the Hugo Award and a three-time finalist for the World Fantasy Award. He has been called “the reigning king of the anthology world” by Barnes & Noble, and his books have been lauded as some of the best anthologies of all time. John is also the editor and publisher of Lightspeed Magazine, and is the co-host of Wired.com’s The Geek’s Guide to the Galaxy podcast.

HWA President Rocky Wood said, “John Joseph Adams is the type of anthology editor readers love – they know each of his books will be filled with well-written, interesting tales to captivate them during their precious reading hours. We are very pleased that John has accepted our invitation to be World Horror Convention Guest of Honor, where he is likely to find 300 horror writers, all eager to impress him with their wares!”