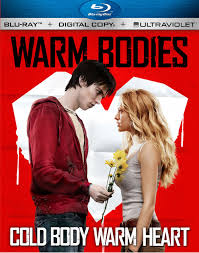 I am so not the right audience for this film. While I fully admit that the Twilight books and movies were not made for me, I have none-the-less been forced to watch them and I utterly despise them. I have also to date despised all of the Twilight clones I’ve had to watch, such as Beastly, Red Riding Hood, Beautiful Creatures, and far too many more to count or care about. So is this just another brain dead Twilight zombie looking to part young girls from their allowances, or does it actually have something more to offer?

Well to be sure it does take many pages from Twilight playbook, but to my surprise, it does have a bit more to offer than all the other rip-offs I previously mentioned, and that is humor. Yes, I actually found myself chuckling once or twice while watching this film, which is more than I can say about all those other movies combined. Oh sure, while watching the Twilight flicks I laughed plenty, but that was at the movies, not with them. There is a difference. And don’t get me wrong, some humor that hits the mark does not a good movie make, but it does mean that I could watch Warm Bodies without wishing for the sweet release of death. Hell, I’ll even go so far as to say that I enjoyed my time with it, for the most part. Yes, I’m as shocked as you to hear that.

As for the story, it’s the standard girl meets dead boy necrophilia romance that seems to be all the rage these days, only this time they swap out the vampires with zombies. Now I can hear you asking, “Hey, how do you make a zombie sexy? Vampires (or the brooding, misunderstood things vampires have become these days) sure, but rotting, shambling, stupid zombies?” And yeah, you would think that would be a problem, but it’s not here since the corpse of this girl’s dream is a hunky young man with deep thoughts (for a zombie) who only has a slight case of paleness to mark him as one of the relentless undead horde. Yay for that I guess, although I would have loved for them to try to pull off a love story with one of the rotting walkers from TV’s The Walking Dead.

The corpse in question here is R, the nicest brain-eater you’re ever likely to meet. One day he stumbles upon Julie (hmmm, R-omeo and Julie-t? Nah, I’m sure that’s just a coincidence) who just so happens to be the daughter of the gung ho, zombie hating leader of the human survivors in a post-apocalyptic world. But instead of just turning Julie into a quick snack, R takes her home, teachers her to blend in with his zombie pals (yes, he has zombie pals), and while falling in love with her, starts becoming human once more. Yep, the cure of zombieism is love. Who knew?

In time Julie returns R’s affections but they not only have her deadly daddy, played by the always entertaining John Malkovich, to overcome, but also the evil CGI zombies who just hate everyone. You see in this movie there are zombies that aren’t such bad guys, and then there are the really bad zombies that look like walking skeletons. This is done because soon R and Julie’s “Power of Love”™ starts spreading to all of the other non-CGI zombies and they certainly can’t be the bad guys. Anyway, once that starts the question becomes can the living and the undead learn to put their differences aside and come together to fight the real threat of the angry skeleton-zombies? Oh come on, it’s a romantic comedy based off of a young-adult book, so what do you think?

The new Blu-ray from Summit Entertainment comes positively loaded with extras and goodies. There is an audio commentary with writer/director Jonathan Levine and the young star-crossed lovers themselves; actors Nicholas Hoult and Teresa Palmer. There are also a bunch of featurettes and behind the scenes bits, eight of them to be exact, that cover a slew of topics such as the romance between R&J, the special effects behind the skeletal “boneys”, and even zombie acting tips. A collection of deleted scenes with optional director’s audio commentary, a gag reel, and a theatrical trail brings this list of extras to a final rest.

Warm Bodies was an enjoyable watch, largely because some of its silliness that actually worked. While I wouldn’t call this movie a mandatory must have, as I don’t see myself watching it again, if you want a teen-centric romantic comedy with zombies, Warm Bodies will do that for you. So consider it a recommendation for a very narrow audience.