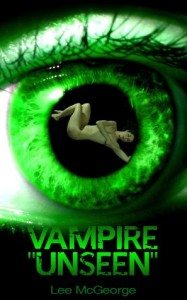 In the first volume, Vampire “Untitled” Paul Mc Govern finds himself in Romania where he befriends a woman there, Ildico, but Nealla’s interest in her causes problems with Paul as, since visiting a grave meant to have housed a reputed vampire, Paul has developed an interest in her that goes far beyond love. As Paul has done something totally out of character – he has killed two men and fled to England, he realises for the first time he is on the run and the authorities could discover him at any moment if they talk to the right people.

Cornelius Latis is the detective assigned to the case of the two dead men on a Romanian hillside and hopes it will be as easy as going to England to find him, but as Paul has become strigoi, it would be more difficult than first thought. Paul tries to make a go of getting back to normal in London. Adjusting to the normal life he once led there proves to be more difficult than he thought as he has been possessed by the strigoi he met abroad. His resolve to get his life back after his delve into the supernatural can destroy him if he gives himself away as the killer of the two men. While he has insane and twisted thoughts about the woman he meets, back in Romania he is being talked about and fellow detective Ciprian hears him being mentioned not as a man, but a monster, a vampire who sucked the blood of Mihai, the boy who Raul and Nealla knew. Mihai could be the one to bring him to justice, but will Ciprian believe the words of a junkie who doesn’t look a likely witness.

Paul isn’t just fleeing Romania; he has come back to London so he can get revenge on Nisha, a woman from his past who said he had raped her while they had a one-night stand. Since that day he’s been tormented by her outburst and rejection, and this haunts him all the way though the two novels until he confronts her. The venomous hatred he felt toward her before escalates when he sees her again, and this, among many incidents is what could give him away to the authorities. Even though he tries to keep his sanity the strigoi side of his personality keeps coming through. Paul is split into two different people; one who want to be a normal man who can get on with his life while his vampire side wants to torture, maim and kill countless people. Like the first volume of the series, Vampire “Unseen” is the kind of horror novel that isn’t for those who go for a standard scare. It is full of cruelty, hatred and tormented thoughts that go on in the mind of a killer.