Just in case you weren’t aware from the numerous posts we’ve run on this, Hollywood Horror Nights is open for business.  So….why are you still reading this?  Go on already.  Head to either Orlando or Hollywood and start the Halloween season, which, by the way, is our favorite time of the year.

Universal Orlando Resort unleashes the horror of some of the most terrifying names in entertainment with Halloween Horror Nights 23. This year’s event features eight all-new, disturbingly real haunted houses based on some of the most recognizable names in horror, including AMC’s  “The Walking Dead,” survival video game series, “Resident Evil,” and critically acclaimed films “Evil Dead,” “The Cabin in the Woods” and “An American Werewolf in London.” Recently named the nation’s best Halloween event for the sixth consecutive year, Universal Orlando’s Halloween Horror Nights takes place select nights now until Nov. 2. 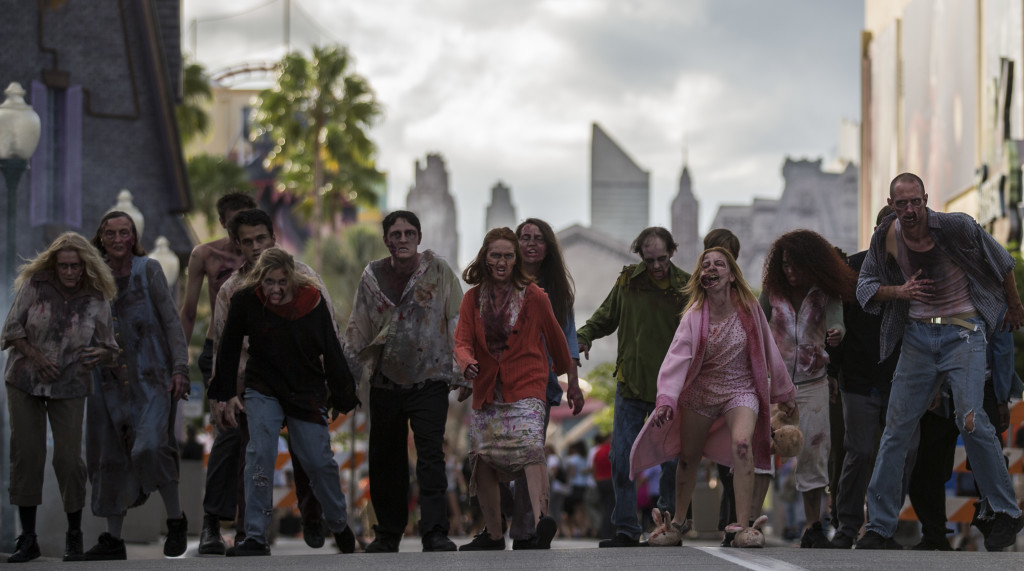