Turn Down The Lights – Book Review 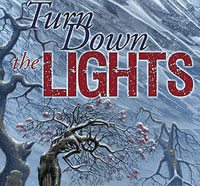 Turn Down The Lights

A surprise anniversary anthology from Cemetery Dance is coming out to commemorate 25 years of their magazine. Richard Chizmar launched the debut issue of his publication in December of 1988 and they just published issue #70 recently – as well as a huge amount of books during that time. To celebrate that landmark event, he has put together a collection of all-new stories from many regulars of the magazine and book line.

It’s an all-star lineup for this horror anthology and a diverse group of stories too. Stephen King contributes the post-apocalyptic tale “Summer Thunder”, a poignant, emotional story in the vein of his novel The Stand that tells of one of the few survivors on earth and his dog. Clive Barker, who hasn’t been heard from in a while, tells of the creepy “Dollie”. Jack Ketchum gives us a great horror western tale with “The Western Dead”. Norman Partridge makes a much welcome return to CD’s lineup with his noir-fused monster tale “Incardine”. Bentley Little brings us another one of his unique weird tales in “In the Room” and Peter Straub caps it off with a new literary horror story “The Collected Stories of Freddie Prothero: Introduction by Torless Magnussen, Ph. D”.

In between there are also great new stories by Ronald Kelly, Ed Gorman, Steve Rasnic Tem and Brian James Freeman. Chizmar kicks it off with an Introduction and popular CD columnist Thomas F. Monteleone does the Afterword. And finally cover art by regular contributor Alan M. Clark. It’s a great collection overall, although a bit on the slim side with only 175 pages. Still with the amazing lineup of authors with all new stories, it’s definitely worth the $35 price tag in my opinion. (also available in more expensive signed/# and signed/lettered editions). Recommended.