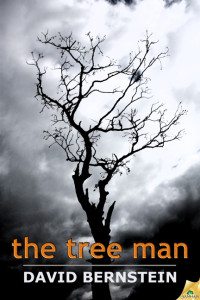 Evan McCormick, thirteen years old, is sitting in a tree when an old man walks below him, dragging a screaming woman. Too terrified to move, Eric observes the man feed the woman to a tree that seems to come alive. As the old man chants, the tree devours her, its trunk parting to expose sharp teeth.

Later that night, unable to sleep, Eric decides it’s up to him to destroy the tree. He knows nobody will believe his story. He resolves to enlist the help of his friend Pete, and sneaks out of the house to gather up supplies he will need to kill the tree. In school the following day, he and Pete plan to skip school, although Evan doesn’t tell Pete what’s going on.

Things don’t go as well as Evan hopes, and he realizes he needs to kill the old man before the old man kills him first.

Unfortunately, what Evan accomplishes instead will unleash a great evil.

The Tree Man is a fun, nasty little story with a great twist ending. I’ve read several of the author’s works, and have never been disappointed. If you’ve never read David Bernstein’s stories, this is a great place to start. He is quickly becoming one of my favorite new authors in the horror genre.