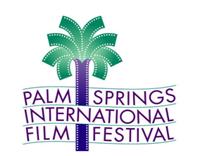 Palm Springs, CA –The Palm Springs International Film Festival (PSIFF), scheduled from January 3 – 13, 2014, will mark its 25th Anniversary this year. Last year’s Festival screened 180 films from 68 countries, including 61 premieres. The Festival presents a majority of the films submitted for consideration in the Best Foreign Language category for the Academy Awards, as well as a large number of American independent and international features and documentaries marking their world, North American or U.S. premieres.

Presented by the Palm Springs International Film Society, the PSIFF is one of the largest film festivals in North America.  The Festival also features cultural events, filmmaker tributes and its popular “Talking Pictures” series of on-stage interviews with some of the leading talents in contemporary cinema.

For tickets or additional information, call the festival headquarters at (760) 322-2930 or visit the website at www.psfilmfest.org.