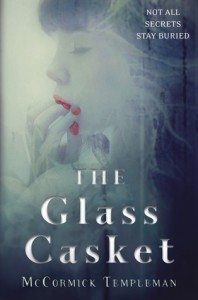 In a world where daughters were married off as soon as possible, with no chance of being anything but a helpmate to a husband, Rowan knows she is lucky to have a father who values a girl’s mind, seeing her equally as great as any scholarly son.

With dreams of journeying down the mountain pass to see the palace city with her own eyes, Rowan knows her secret longing will one day be fulfilled, as she uses her studies as a key to the palace.  So when five palace riders on horseback thunder through the village on their way up the mountain, Rowan knows her destiny is about to change. However, destiny can’t be pre-determined, and when an enchanting stranger, instead of the riders, emerges from the forest, destiny is about to take shape. This changes Rowan’s life in a way that even she can’t be prepared for when the dead bodies of the riders are discovered. Rowan’s destiny is about to intertwine with something so vile and sinister, no one is considered safe.

So, when Fiona, a scarlet hooded beauty with raven hair and snow white skin appears in the village, Rowan starts to lose that which she holds most dear. She soon learns that her best friend Tom has been enchanted by the beauty of Fiona, leaving him vulnerable to the allure that befalls him, opening the door to wickedness itself.

Soon, Rowan is plagued with images as if they were “painted on the back of her eyelids by a wicked hand” as death rips out the throats of those that are close to her. Like two words etched in the snow, “it’s starting,” death silently ravages the night, like a vile creature creeping over her.  Fear is suddenly awakened with a rumble deep in the woods of something too large to be any animal. A scream pierces the dead of night, sharp and beyond recognition, ripping a new pain of loss through the village where the stench of crimson blood can be tasted in the air, and bringing with it a sinister beast that comes to rest upon the village, feeding with its insatiable appetite upon the villagers.  It is a beast that can only be described as one that has gaping wounds for eyes, needle sharp teeth, and rotting breath smelling of dirt and death. The forest suddenly becomes a place in which the devil stalks between the trees, leaving Rowan the only person to discover how to save the village and kill the beast.

In a story where secrets are meant to be kept, The Glass Casket, reads like a classic horror straight from the Brothers Grimm, a tale that was meant to be told, a door opened, and life begun. It is where secrets resurface in the face of a beauty, and death lingers in the shadows. Horrific and gruesome at times, McCormick Templeman knows how to deliver in the world of horror.