‘The Flip’ and ‘The After House’ – Duo Book Review 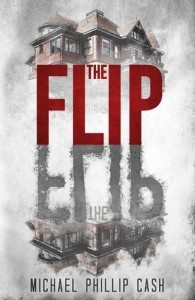 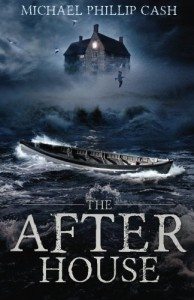 With his earlier novel, Stillwell: A Haunting on Long Island, Michael Philip Cash offered a ghost story that participated in horror but concentrated on healing a broken family. It juxtaposed the gruesomeness of hauntings with the meticulously detailed sense of lives gone off track. And, in the end, it brought both elements to a satisfying conclusion.

Now Cash continues his exploration of things ghostly and things ghastly in two more novels, set on Long Island but centered on the quaint fishing village of Cold Spring Harbor. In The Flip, Julia and Brad Evans purchase the old Hemmings House (for house read decrepit mansion) on Bedlam Street…perhaps not a particularly auspicious location for a real-estate venture but an ideal one for a novel that brings its characters closer and closer to madness. With the same deft eye for description and setting that supported Stillwell so nicely, Cash constructs the perfect environment for another threatened marriage and another haunting—this time by a Victorian couple who simply do not wish to leave their house. Just as the living couple experience strain and tension in their marriage, so too the ghostly couple lived through—and died in—conjugal difficulties. The plot of the novel rests on reconciling both couples, on renewing and restoring love and marriages among the living and the dead.

The After House again visits Cold Spring Harbor, where Remy Galway and her daughter Olivia are picking up the pieces of their lives. Remy’s husband, Scott, has hidden an affair from her…and a son. Following their divorce, Remy purchases an old cottage near the center of the village—and things begin to go wrong. A ghost enters the picture, rather in the manner of Captain Daniel Gregg in the classic 1947 film, The Ghost and Mrs. Muir. The revenant of an eighteenth-century whaling captain, Eli Gaspar has haunted the cottage for decades—for generations, actually—with various tenants accommodating themselves to sharing the home with him. Little has changed in the cottage, until Remy and Olivia begin making it their own. New paint, new furnishings, new playthings: and none of them to Captain Gaspar’s taste. He finds Remy acceptable but Olivia seems to him an “imp of Hades”—not the least because she can see him—and he determines to frighten them away.

Before he gets his plans fully laid, several things happen. Someone else begins threatening Remy’s peaceful life, firebombing her yoga studio and running her car off a snowy road. Remy meets the handsome and eligible mayor, and Eli is startled to find that he distrusts the man and feels inordinately protective toward Remy. She on the other hand is equally startled to discover that in spite of her distrust of men and her raw emotions she is irresistibly drawn toward Hugh.

At roughly the same point in both The Flip and The After House, Cash introduces a third level of characters, the sentinels, two ghostly civil servants whose task it is to resolve the problems the living face (without directly interfering) and to make it possible for the ghosts to move onward and relinquish their need for an earthly ‘home.’ Marum and Sten watch from the sidelines, and occasionally from the ceilings, nudging here and there as needed until Julie and Brad, Remy and Olivia, and their respective ghosts are united, their needs resolved, and their lives made fulfilling.

The Ghost and Mrs. Muir seems particularly appropriate to both novels. There is the same sense of gentleness in the world that encompasses both humans and ghosts, the same sense that ultimately all can go well for everyone involved. There is romance in both novels, although that is not the primary theme of either. Unity, peace, love, respect, and open-mindedness to change: these are the ideas that The Flip and The After House explore. And both are solid, entertaining reads.