The Butcher of Banner Cross Released by CDComics

The Butcher of Banner Cross

This three issue comic book narrative, consisting of ‘Punchline’, ‘Meat is Murder’ and ‘Sliced & Diced’ is by far the darkest and most blood thirsty of CDComics humorous Surreal Murder Mystery Series so far.

‘The Butcher of Banner’ is the forth narrative in the series and follows on from the success of ‘Meadowhell’, ‘Spring Heeled Jack’ and ‘Football Crazy’. This story has a similar whodunit structure and starts at the scene of a second murder where the victim has been dismembered and had their internal organs removed.

The Police investigation is being led by D.C.I Bramley, who regular readers will recognise from an earlier storyline. He is joined by Watkins, a Government Agent from the Office of Paradoxical Security and his consultant on the occult referred to only as Punchline. The murders have taken place in Banner Cross and close to a family Butchers owned by Ron Savage and that is how this surreal murder mystery narrative starts.

“The Butcher of Banner Cross: Punchline is a fantastic start to a supernatural murder mystery series which will no doubt keep readers on their toes. A must-read for horror fans,” Extract from Horror Cult Films independent review

The art and story of previous CDComics have been provided by Craig Daley, but this time the pen and ink work has been taken on by Chatri Ahpornsiri.

“With a new artist comes a new art style. The usual primary colours and bizzaro look is replaced by pen and ink, all black and white that does suit the morbid tone well and it is good to see none of the background details is lost.” Extract from Rotting Zombies independent review.

The actual murder scenes are depicted as abattoir slaughters and this is just one of the many clues that appear in the story, relating the motive, method and identity of this surreal and eventually serial killer.

Reader feedback has been strong, comparing the narrative to the work of Dyson, Gatiss, Pemberton and Shearsmith, referencing the Psychoville, League of Gentlemen and Inside Number 9 and the final issue does pay homage to Sherlock Holmes with several nods and winks… ‘The needle Watkins,’ and the introduction of Ms Louise Sissons (Mrs Hudson maiden name), it’s Sherlock Holmes, but having removed all that is possible, all that is left is the impossible and the surreal and paranormal.

This comic is not for those with a weak constitution and like all of CDComics narratives ends with a twist that will have you skimming back through the pages of the comic and questioning your own sanity.

“The written words do enough to turn your stomach as investigator Punchline thinks nothing of blurting out the brutal details of the murder, seemingly unaffected by what he’s witnessed.” Extract from Horror Cult Films review

A bonus in issue three is origin of Punchline and even that has a twist that could leave regular readers looking back into earlier CDComics releases.

The three issues of ‘The Butcher of Banner Cross’ are available from various download websites, priced around $2, £1.30 or international equivalent and each issue has 32, black, white and very red pages. 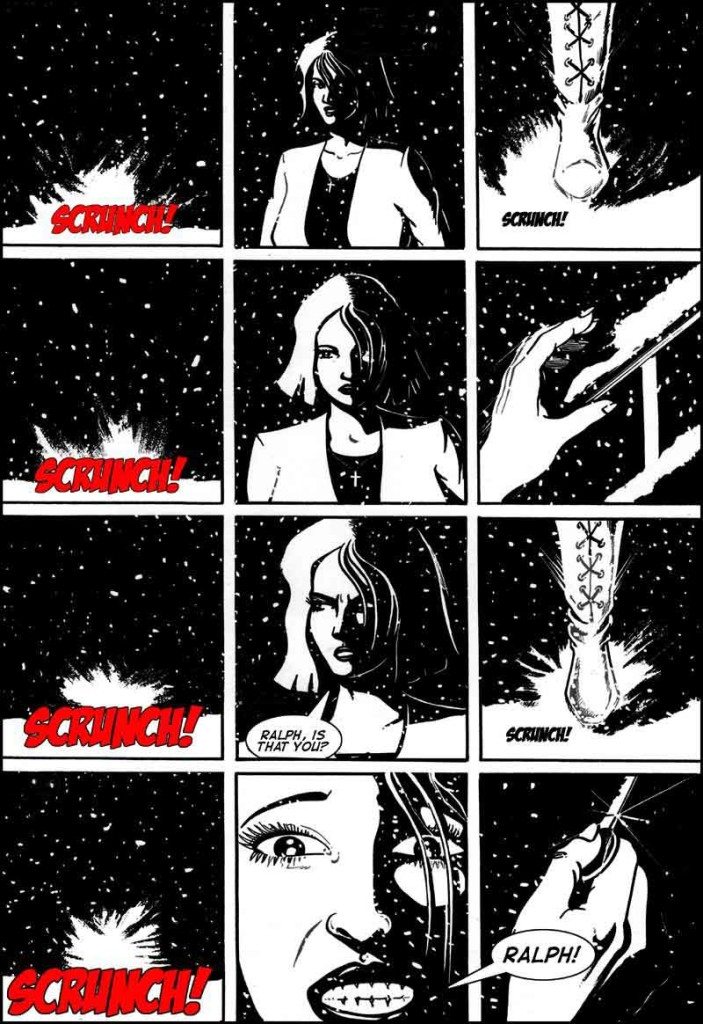 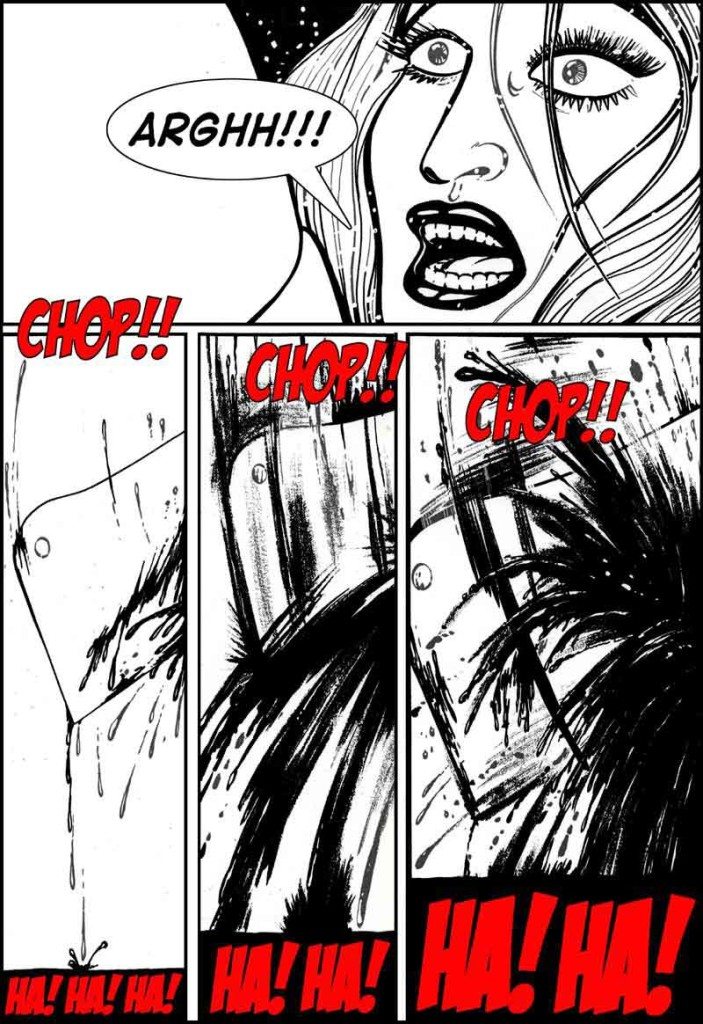 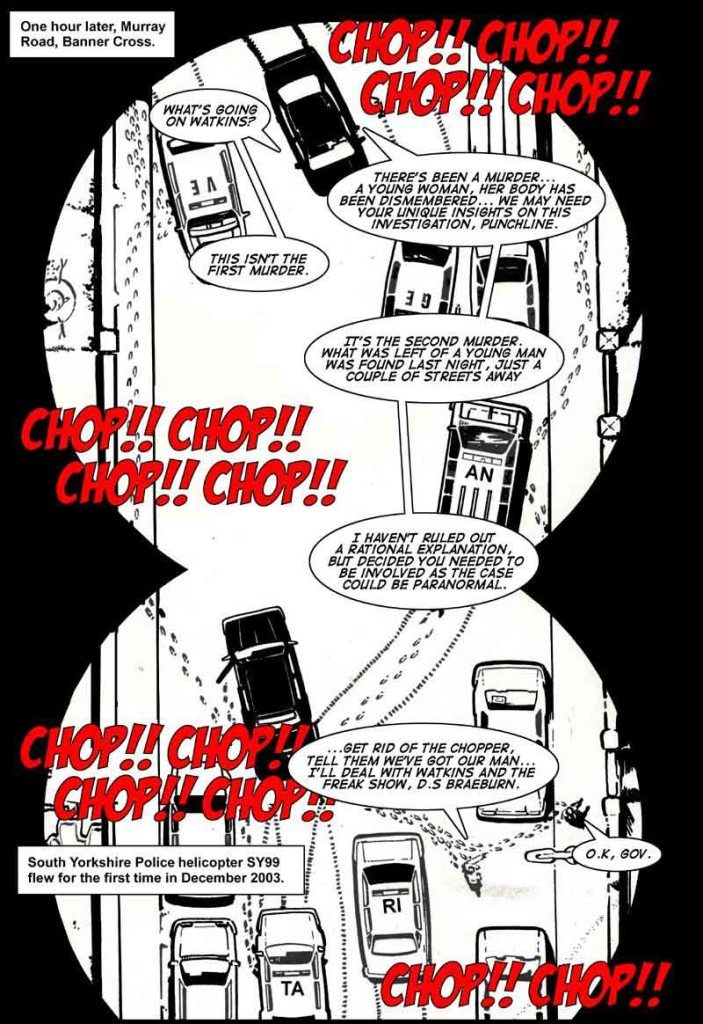