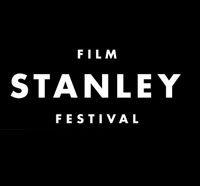 From the Press Release :

The Stanley Film Festival celebrates the best in independent horror cinema at the hotel that inspired The Shining. The Festival will host a full slate of films, panels, competitions, and special events – all at the beautiful and historically haunted Stanley Hotel.

The Stanley Film Festival will open Thursday, April 24, with a Gala Presentation of an original documentary from EPiX, Doc of the Dead. Directed by Colorado filmmaker Alexandre O. Philippe (The People Vs. George Lucas), the film explores the evolution of the zombie genre in film, television, and literature as well as its impact and influence on pop culture. The film features footage taken at the 35th Starz Denver Film Festival’s “George Romero’s Zombie Town Hall Meeting.”

“We are thrilled to open this year’s Festival with a locally-produced film. The Denver Film Society is excited by the strength of the work we are seeing come out of our home state, and we cannot think of a better way to celebrate the iconic status of the Stanley Hotel than with a film produced right here in Colorado,” says Denver Film Society Festival Director, Britta Erickson.

In addition to the Opening Night film, SFF announced it will host a series of events sure to satisfy even the most dedicated horror fans. Throughout the Festival, “players” of the Horror Immersion Game will use multiple media platforms and game elements to delve deep into a mystery/horror narrative that uses the Stanley Hotel and the Festival as a vehicle to engage its participants in a story that seamlessly exists concurrently with everyday life. On Friday evening, Fangoria Entertainment and ShockTillYouDrop.com will bring their Dead Right Horror Trivia from Los Angeles to Estes Park. Saturday evening, Glass Eye Pix will present The Stanley Edition of TALES FROM BEYOND THE PALE with hosts Larry Fessenden and Glenn McQuaid, featuring two brand new tales performed at the Historic Park Theater in town by special guests with films at the Festival. Additional events include a Murder Mystery Dinner Friday evening, Zombie Crawl Saturday afternoon, and a Big Wheel Death Race on Sunday morning, all at the Stanley Hotel.

“While we are incredibly excited to announce our full film line-up next week, we are just as ecstatic to unveil some of the atmospheric and interactive special events that will immerse our guests completely in the horror experience” says Landon Zakheim, Stanley Film Festival Program Director. “The entire weekend is designed to work as one big dark carnival.”

The Stanley Film Festival will celebrate their programming announcement this evening with an advance screening of the film Oculus at the Reel Mountain Theater in Estes Park. The film will be followed by a post-screening Q&A with director Mike Flanagan, producer and SFF alum Jason Blum, and producer Trevor Macy and an after-party at the Stanley Hotel.

Doc of the Dead – USA (Director: Alexandre O. Phillipe, Featuring George Romero, Simon Pegg, Bruce Campbell, Max Brooks, Tom Savini, Greg Nicotero, Robert Kirkman) – Could there be a real zombie outbreak? If so, Doc of the Dead can help you prepare. This definitive guide to all things undead delves deep into the evolution of the zombie genre in film and literature, as well as its impact and influence on pop culture, to deliver a comprehensive, fast-paced, highly entertaining look at a contemporary social pandemic of global proportions.

– HORROR IMMERSION GAME: Bleeding seamlessly into the atmosphere of fear and suspense, we are excited to announce the Stanley Film Festival’s Inaugural Immersive Horror Game, a real horror/mystery narrative using the Festival itself as its medium. Those who follow the clues opt in to the game, becoming the protagonists of an engaging and creepy interactive thriller culminating in an irreproducible climax you can never unsee.

– Glass Eye Pix Presents TALES FROM BEYOND THE PALE – The Stanley Edition: An ongoing series of audio dramas penned by luminaries from the world of contemporary horror from JT Petty (HELLBENDERS) to Simon Barrett (YOU’RE NEXT) and Kim Newman (ANO DRACULA), featuring players from Ron Perlman (HELLBOY) to Angus Scrimm (PHANTASM) and Mark Margolis (“AMERICAN HORROR STORY: ASYLUM”). The Stanley edition will feature performers culled from the film lineup. Join horror impresarios Glenn McQuaid and Larry Fessenden as they invite you to close your eyes and… listen.

– DEAD RIGHT HORROR TRIVIA HOSTED BY FANGORIA ENTERTAINMENT AND SHOCKTILLYOUDROP.COM: Do you consume horror as voraciously as zombies eat flesh? The hit Los Angeles horror event comes to the Stanley Film Festival! Join Fangoria’s Rebekah McKendry and ShockTillYouDrop.com’s Ryan Turek and test your horror knowledge in eight rounds of terrifyingly titillating trivia. Scare yourself with how much you actually know about horror. Trivia will be held early Friday evening at the Wheel Bar in Estes Park. Come with a team or join one there. All are welcome.

– MURDER MYSTERY DINNER: Murder is afoot at the old Stanley Hotel. Guests of the festival are welcome to register for a night of intrigue and deception unraveling over a wonderful three-course meal as they become their very own detectives.

– EYE HEART BRAINS ZOMBIE CRAWL: When there’s no more room in hell, the dead will walk the Earth. And now you can, too. Converge upon the Stanley Film Festival in style by participating in a good ol’ fashioned Zombie Crawl hosted by Eye Heart Brains, purveyors of the world’s largest zombie gatherings. The death march will move along the Stanley Hotel grounds and through the neighboring streets of Estes Park in search of brains. BRAAAAIIIIIIIIINNNNNS!!