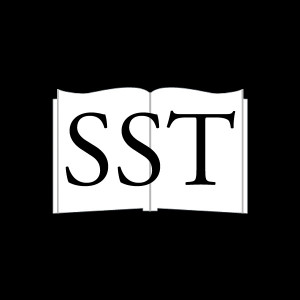 SST Publisher Paul Fry says: “This is one of those dream projects that you never think will happen and when it finally does you just can’t believe it. I’ve been a massive fan of Richard Laymon’s work for many, many years. Richard’s books are what got me into reading horror in the first place, and subsequently publishing. Richard is my favourite author of all-time and The Cellar is my all-time favourite novel, so this really is my dream project. With the totally gripping and nail-biting storyline, plus the non-stop action, beautifully vivid imagery and Richard’s trademark sex and violence, The Cellar will make a perfect graphic novel! Adapting the novel is Los Angeles based screenwriter, director & author Eric Red. Eric has many years of experience screenwriting and writing comic scripts, so he will be perfect to adapt Richard’s novel. It also is a massive plus that Eric is a huge fan of Richard’s work so I know he will give his all in adapting the book into graphic novel form. The ultimate icing on the cake for me is that the incredible and original illustrator and comic artist, Daniele Serra is illustrating the book. With Dani’s very unique style and vision I know The Cellar graphic novel will be totally original and totally beautiful! To top it all off, as if that wasn’t already enough, I’m really excited and honoured to announce that we’ve got . . . wait for it, the legend that is Ed Gorman to write the introduction to the book! As I mentioned, this is my dream project, one that I’ve been wishing to do for many years, and to be able to finally do it is just beyond words. I’m so excited it’s unbelievable! I’m like a kid at Christmas! I’d like to say a massive thanks to Ann & Kelly Laymon, Daniele Serra, Eric Red and Ed Gorman for making a dream come true. And an enormous thanks to the unbelievably talented Richard Laymon for writing such incredible and unforgettable novels. You really have given me many years of literary bliss! The book will be published as a beautiful full-colour oversized hardcover and softcover, plus in digital formats. The tentative release date is the end of 2015 / beginning of 2016. More details will follow!”

About Richard Laymon: Richard Laymon’s works include more than sixty short stories and more than thirty novels, a few of which were published under the pseudonym Richard Kelly. However, despite praise from prominent writers from within the genre, including Stephen King and Dean Koontz, Laymon was little known in his homeland—he enjoyed greater success in Europe, though, particularly in the United Kingdom—until his affiliation with Leisure Books in 1999. The author largely viewed much of this as a product of the poorly re-edited and reconstructed first release of The Woods Are Dark, which had over 50 pages removed. The poor editing and unattractive cover art ruined his sales records after the success of The Cellar. The original and intended version of The Woods Are Dark was finally published in July of 2008 by Leisure Books and Cemetery Dance Publications after being reconstructed from the original manuscript by his daughter, Kelly.

His novel Flesh was named Best Horror Novel of 1988 by Science Fiction Chronicle, and both Flesh and Funland were nominated for the Bram Stoker Award, as was his non-fiction work A Writer’s Tale. He won this award posthumously in 2001 for The Traveling Vampire Show. His win was used as an answer for a question on the syndicated Jeopardy program.

The tribute anthology In Laymon’s Terms was released by Cemetery Dance Publications during the summer of 2011. It featured short stories and non-fiction tribute essays by authors such as Bentley Little, Jack Ketchum, Gary Brandner, Edward Lee, and scores of others.

About Eric Red: Eric Red is a Los Angeles based motion picture screenwriter, director and author. His original scripts include The Hitcher for Tri Star, Near Dark for DeLaurentiis Entertainment Group, Blue Steel for MGM and the western The Last Outlaw for HBO. He directed and wrote the crime film Cohen and Tate for Hemdale, Body Parts for Paramount, Undertow for Showtime, Bad Moon for Warner Bros. and the ghost story 100 Feet for Grand Illusions Entertainment. Mr. Red’s first novel, a dark coming-of-age tale about teenagers called Don’t Stand So Close, is available from SST Publications. His second and third novels, a werewolf western called The Guns of Santa Sangre and a science fiction monster novel called It Waits Below, are available from Samhain Publishing. His fourth novel, a serial killer thriller called White Knuckle, will be published by Samhain in 2015. A collection of eighteen of his horror short stories titled Toll Road will be published by SST Publications in 2015. His recent published horror and suspense short stories include “Colorblind” in Cemetery Dance magazine, the western horror tale “The Buzzard” in Weird Tales magazine, “Pack Rat” in Beware the Dark magazine, “Little Nasties” in Shroud magazine, “In the Mix” in Dark Delicacies III: Haunted anthology, “Past Due” in Mulholland Books’ Popcorn Fiction, and “Do Not Disturb” in Dark Discoveries magazine. He created and wrote the sci-fi/horror comic series and graphic novel Containment for IDW Publishing and the horror western comic series Wild Work published by Antarctic Press. Mr. Red’s website is: www.ericred.com.

He works as an illustrator and comic artist. His work has been published in Europe, Australia, United States and Japan.

He’s a winner of the British Fantasy Award.

Kirkus called Ed Gorman “One of the most original crime writers around.”

Gorman’s novels The Poker Club and The Haunted have both been filmed. Author of more than thirty novels and ten collections of short stories, The Oxford Book of Short Stories noted that his work “provides fresh ideas, characters and approaches.”

The Rocky Mountain News called him “The modern master of the lean and mean thriller.” Gorman’s thrillers include Blood Moon and The Marilyn Tapes both available as part of the Top Suspense Group (TSG).

His novel Cage of Night, also available on TSG, is one of Gorman’s personal favorites. The sites Gravetapping and Goodreads noted “It is truly a classic of the macabre—part mystery, part suspense, and entirely chilling and haunting.”