Life on the inside isn’t as sweet as it seems

“One of the best sci-fi novels I’ve ever read” – Ted Kosmatka, author of The Games and Prophet of Bones

“A brilliant, deeply felt book full of strangeness and beauty. A post-apocalyptic adventure, that’s also a love letter to Seattle” – Daryl Gregory, author of Pandemonium and The Devil’s Alphabet

Inside the Seattle Preservation Dome it’s always the Fifth of October, with the city caught in an endless time loop.

“Reformed” graffiti artist Ian Palmer is the only one who knows the truth, and he is desperate to wake up the rest of the city before the alien Curator of the human museum erases his identity forever.

Small town teenager Kylie is one of the few survivors to escape the apocalypse outside. Now she must make her way across the blasted lands to destroy the Preservation. But once inside, she meets Ian, and together they discover that Preservation reality is even stranger than it already appears.

A writer of extraordinary ability; the promise of Skillingstead’s previous short fiction is here transformed into an exceptional novel about post-apocalyptic survival and alien occupation.

With a cover by award-winning artist Vincent Chong, Life on the Preservation is a story of vibrant humanity overcoming extraordinary odds.

Jack Skillingstead grew up in a working class neighbourhood south of Seattle. He dropped out of college to work in a cannery in Alaska, later travelling to Maine and then returning to the Pacific northwest. Skillingstead won a writing competition sponsored by Stephen King in 2000, and was a finalist for the Sturgeon Award in 2004. He has published more than thirty short stories in publications including Asimov’s, F&SF and Realms of Fantasy. His work has also appeared in various Year’s Best volumes and Solaris Rising. 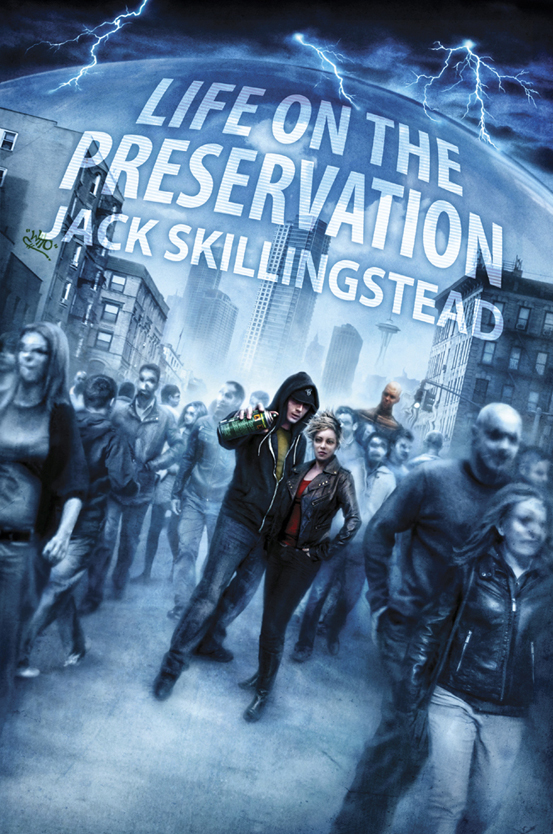