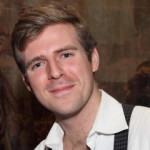 Eternal youth … at a price

Ivo Stourton brings The Happier Dead to Solaris in 2014

Author, playwright and lawyer Ivo Stourton is bringing his first genre novel to Solaris in 2014.

Set in a London of the future, The Happier Dead sees a corrupted city dominated by a rejuvenating spa, the control over which gives Britain unparalleled global power. But the spa’s treatments, available only to those who can afford them, hide dark secrets that are set to unravel.

He has previously written The Night Climbers – a novel about a group of friends who get involved in art fraud – and last year’s The Book Lover’s Tale, which deals with books as both interior design and a tool of seduction.

Solaris editor-in-chief, Jonathan Oliver said: “Ivo Stourton’s near future crime novel is an intelligent, moving and incredibly entertaining thriller. There are shades of Philip K. Dick and even The Prisoner here, but it’s Ivo’s distinctive voice that makes this such a compelling read.”

The Happier Dead will be published in February 2014 in both the UK and North America.

The Great Spa sits on the edge of London, a structure so huge as to be visible from space. The power of Britain on the world stage rests in its monopoly on “The Treatment”, a medical procedure which can transform those rich and powerful enough to obtain a license into a state of permanent physical youth.

The Great Spa is the place where the newly young immortals go to revitalise their aged souls. In this most important and secure of facilities, a murder of one of the guests threatens to destabilise the new order, and DCI Oates of the Metrolpolitan police is called in to investigate.

In a single day Oates must unravel the secrets behind the Treatment, passing through a London riven with riots, disorder and corruption, moving towards a final climax which could lead to the destruction of the Great Spa, his own ruin, and the loss of everything he holds most dear. 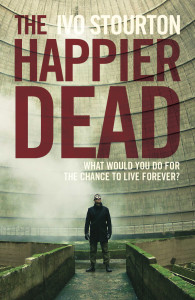