Solaris Acquires “A New Take on Lovecraft” Novel for 2015 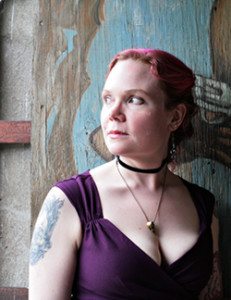 From the Press release:

Solaris is proud to announce that it has acquired the new novel by Texan author Amanda Downum.

Dreams of Shreds and Tatters will be released in June 2015.

Downum’s urban fantasy novel centres around the King in Yellow from the wider HP Lovecraft mythos.

When Liz Drake’s best friend vanishes, nothing can stop her nightmares. Driven by the certainty he needs her help, she crosses a continent to search for him.

She finds Blake comatose in a Vancouver hospital, victim of a mysterious accident that claimed his lover’s life. Blake’s new circle of artists and mystics draws her in, but all of them are lying or keeping dangerous secrets. Soon nightmare creatures stalk the waking city, and Liz can’t fight a dream from the daylight world: to rescue Blake she must brave the darkest depths of the dreamlands. Even the attempt could kill her, or leave her mind trapped or broken.

And if she succeeds, she must face the monstrous Yellow King, whose slave Blake is on the verge of becoming forever.

“To find a Lovecraftian novel that brings something new to the field, is a rare thing indeed,” says Solaris editor-in-chief Jonathan Oliver. “And Downum is an extraordinary writer, revealing a world of dreams and nightmares of which Howard Philips himself would be proud. Amanda is one of the most exciting and progressive fantasy writers of recent years.”

Amanda Downum lives in Austin, Texas. She is the author of the Necromancer Chronicles – The Drowning City, The Bone Palace, and Kingdoms of Dust – published by Orbit Books. Her short fiction has appeared in Strange Horizons, Realms of Fantasy, Weird Tales, and in the anthologies Lovecraft Unbound and A Fantasy Medley 2. She has seen the Yellow Sign. For more information, visit www.amandadownum.com.