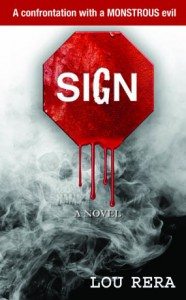 Jim is a man tired of life and hiding secrets. In fact, he’s hiding a rather big secret. He and his wife are struggling to make their marriage work. On a business trip, Jim decides to spice up his dull routine, and in a haze of gin, picks up a woman in a bar. The night quickly goes from bad to worse, and he soon realizes that his alcohol-induced decision would become the worst mistake he’s ever made.

Rera immediately sets up an intriguing story with a sure-fire lure—a mysterious phone call. Jim and his wife are taking a few days to try and repair the tatters of their marriage. But this phone call shatters Jim’s shaky peace of mind. The call is from a dead man, and he informs Jim that the police are re-opening a murder investigation. A murder investigation that hinges squarely on Jim’s terrible gin-soaked decision, and the details of that evening he conveniently left out for his wife. The narrative unfolds slowly, but it’s well-paced, and the growing confusion and horror draw the reader deep into this macabre and disturbing tale.

Sign is a multi-layered story of lies, deception, the supernatural, revenge, and murder. Rera skillfully keeps the reader on a delicate balance between the occult and the real world throughout the novel. The work’s only major flaw is the La Conga brothers. They are flat, cliché characters, and the chapter on Marlene’s kidnapping is a glaring misstep in an otherwise well-developed narrative. Sidestepping those two (they only make a brief appearance), Sign comes highly recommended.