In this magic shop the magic is real. And the trick is on you.

Citrus Glade is a dying town that needs new businesses, but the one that just opened is doing much more harm than good. Stranger Lyle Miller’s magic shop seems to only stock what its select customers desire. When four outcast boys buy common party tricks, only Lyle knows what those tricks can really do. As subtle changes occur around town, a few residents realize that something is amiss…and getting worse. But it may already be too late. Lyle’s black magic has empowered more townspeople to help him execute his Grand Adventure, a plan that will reduce the town, and half the state, to rubble. 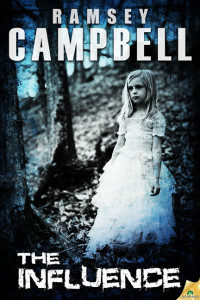 Rowan’s great-aunt Queenie is dead. After all the misery she caused her family while she was alive, most of them are secretly relieved. But Queenie did not want to die, and she will do anything to live again…including possessing young Rowan. She haunts the child’s nightmares, taking her over bit by chilling bit. As her soul is drawn inexorably into a cold darkness, can Rowan hope to reclaim her life from the evil dead?